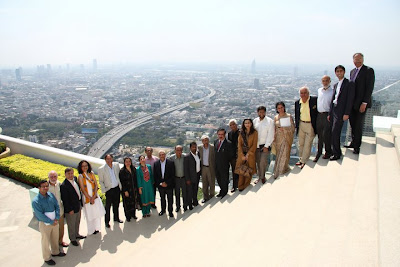 It has been clear for many months now that the lack of a sustained Indian engagement with Pakistan has proved to be counterproductive, fruitless and even dangerous. The prospects, for instance, of an early prosecution of those responsible for the Mumbai terrorist attacks or a clampdown on the Lashkar-e-Tayyeba haven’t improved because of our so-called policy of coercive non-engagement. Instead, the growing fragility of a nuclear-armed Pakistan is potentially a source of instability across the subcontinent.

There are renewed expectations, therefore, that the discussions early next week between the foreign secretaries of India and Pakistan (on the sidelines of the South Asian Association for Regional Cooperation meeting in Bhutan) will lead to a sustained dialogue between New Delhi and Islamabad. Prime Minister Manmohan Singh understands and appreciates the importance of reconciling with Pakistan — troubled and turbulent as it may be — and it would be tragic if what could have become the most important legacy of his current tenure is abandoned because of a perceived public backlash.

Indeed, the importance of reconnecting was brought out at the Chaophraya dialogue organised by New Delhi-based Institute of Peace and Conflict Studies in partnership with former Pakistani federal minister Sherry Rehman’s Jinnah Institute, which brought a group of Indian and Pakistani analysts together in Bangkok recently.

This was not a meeting of bleeding heart liberals. The Indian group consisted of mostly hard-nosed realists who were driven not by some latent atavistic desire for reconciliation but by the challenge of negotiating with a deeply unstable, nuclear-armed neighbour that is increasingly being inflamed by extremist fires. Similarly, the group of Pakistanis, included those who recognised the existential challenge that their country was facing, but were not rosy-eyed about India or India’s policies.

The fact that a group like this was able to arrive at a joint declaration suggests that there is now a growing consensus on the importance of a dialogue within the strategic communities of the two countries. More critically, there was an unequivocal reaffirmation of PM Singh’s long-term vision of India-Pakistan relations as one where borders can’t be changed but can eventually be made irrelevant and of a South Asia that is economically and socially integrated.

Three other aspects of the dialogue could serve as a template for the forthcoming official talks: first, while the present government in Islamabad had initially disconnected itself from policies followed under former President Pervez Musharraf, there is now a rethink in terms of the work done during those years, especially in terms of resolving contentious bilateral issues with India. There is more or less acceptance that the only resolution of Jammu and Kashmir has to be on the basis of non-territorial settlement by converting the Line of Control into a line of peace. There is also agreement that the back channel that dealt with this issue needs to be activated and it can further build on the Singh-Musharraf understanding in this area.

Second, there was a consensus that there should be an uninterrupted and uninterruptible dialogue on issues of strategic and nuclear stability. It was recognised that the region is endangered by the absence of robust crisis prevention and crisis management mechanisms. There was unanimity on the need to set up a bilateral study group for this purpose. It was also felt that it was essential to review the efficacy of existing confidence-building measures and explore additional declaratory, unilateral, and mutually agreed to nuclear confidence-building measures and nuclear risk-reduction measures. No less importantly, it was recognised that there was great need for a discussion among China, India and Pakistan to promote strategic stability with a focus on the logic of sufficiency of nuclear arsenals.

Third, there was a consensus on the need to fight terrorism and extremism. Pakistani participants didn’t shy away from admitting the great danger posed by extremism to the survival of their State and societies and the need to ensure that State institutions are not eroded by extremism. They also emphasised the need to initiate an institutionalised and regular dialogue between the intelligence agencies and believed that it was imperative that there be a continuous exchange of information on incidents of terrorism and about the activities of terrorist organisations.

The Chaophraya dialogue suggests that there is a process of deep churning taking place within Pakistan’s fragmented political and social structure. While the rising tide of extremism and fanaticism is most visible, there is a growing movement of those willing to battle for ‘the heart and soul’ of Pakistan and reconstruct the State — in keeping with Jinnah’s original vision — as Muslim, moderate and modern. It’s also been clear for some years now that India is unable to comprehend or address the complexities of a changing Pakistan. Not surprisingly, New Delhi’s policies have floundered, if not failed. Strident debates in the Indian media, frightening in their Manichaean simplicity, reflect a lack of appreciation of the intricacies of the Gordian knot of bilateral relations. Robust if differentiated, focused but flexible, multi-track responses must define India’s grand strategy towards Pakistan.

As finance minister of India, Singh led the process of economic reforms. In his first term as PM, Singh risked the survival of his government by agreeing to a nuclear deal with the US. By freeing the country from the regime of technology-related sanctions, India also mainstreamed itself as a nuclear power. The PM must use the rest of his current term in office to free India from the heavy burden of its 60-odd-year-old belligerent relationship with Pakistan. That alone will strengthen his standing as a statesman and restore the credibility of his government.