WINNER ALL THE WAY 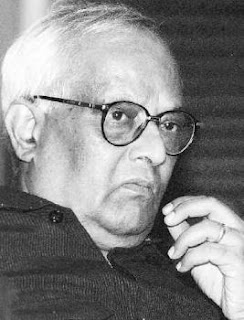 India’s foreign policy and strategic community has never been short of talent. But there are few, in recent years, who can claim to have been such a master ofrealpolitik as Jyotinder Nath Dixit. In his passing away, India has lost, undoubtedly, one of its most skilled craftsmen of foreign policy and diplomacy and the UPA government, a formidable pillar of strength.

When I met ?Mani? Dixit in his office in the PMO last week, it was clear that he had become one of the closest confidantes of Prime Minister Manmohan Singh on security and foreign policy. Mani Dixit was India?s principal negotiator with China on the border question and the main back channel with Pakistan. He was also, most critically, formulating aspects of the country?s new military and, especially, nuclear doctrine. In addition, he was helping the handling of the crisis created by the tsunami, and was in constant touch with the top political leadership in Washington and Moscow.

As Mani Dixit discussed his new responsibilities with me, there was no doubt that he had the mental agility of a young mind at its peak: sharp and incisive, as ever. But it was also clear that his body was tired, and, quite frankly, he looked exhausted. When I pointed this out, he gave my concerns short shrift: ?I have returned to office after ten years, and I am working fourteen hours every day. And, by god, I am enjoying it!? And there can be no question, Mani Dixit enjoyed power and authority and knew how to exercise it.

But what made J.N. Dixit so special? Dixit simply stood out for his ability to clinically and non-ideologically, even amorally, take a view of security and foreign policy issues, even issues where passions and emotions ran high. This was particularly remarkable because Dixit grew in a foreign policy establishment that was steeped in Nehruvian idealism and all the associated shibboleths and slogans. And yet Dixit, as it became obvious, was never bound by dogmas or a rigid ideological framework either as foreign secretary or, more daringly later, as a member of the Congress party. Only India mattered! With the other Chanakya, the then prime minister, P.V. Narasimha Rao, Dixit steered India?s foreign policy in the early Nineties through the stormiest waters that India had known since independence. Recall that India?s closest ally, the Soviet Union, had collapsed, Kashmir was boiling, and economically the country was almost bankrupt. It was the nuanced strategy of economic and political pragmatism and tactical diplomatic manoeuvring unleashed by Rao and Dixit that helped the country reach calmer waters.

Indeed, India?s nuclear option was saved during those bleak days by the astuteness of men like Dixit. It had become essential for India to engage the United States of America on the nuclear issue, but it was critical not to succumb to pressure from the non-proliferation Ayatollahs of Washington. The strategy was simple: buy time so as to be able to exercise the nuclear option when the country was not economically or politically so vulnerable. As Dixit later recounted, on a lighter note: ?In March 1992, I was in Washington for the first round of Indo-US bilateral. My principal interlocutor was Ambassador Lehman, director of the US Arms Control Agency, pushing us on the nuclear question. He said his piece in somewhat admonitory terms. I chanted India?s ?we will not sign the NPT come what may? mantra at him in response. Lehman got perturbed: ?But your Prime Minister has agreed that you will talk to us bilaterally to work out areas of agreement from which progress can be made?. I told him it was absolutely right and that we had already initiated some exchanges. And then, Lehman said: ?We will continue talks, Mr Dixit. But if you are planning to play games, there is a threshold beyond which we will not allow you to continue.? I replied: ?When games are played one side loses, the other side wins and at times, Ambassador Lehman, losers even after losing remain fairly convinced about the excellence of their moves in the game.? End of conversation.?

But Dixit, despite his apparent rigidity was willing to adopt and accept new options under changed circumstances. This was the essence of his realism. He opened the much-needed window to Israel surmounting the opposition from the pro-Arab and pro-Palestinian lobby at home. During his tenure as foreign secretary, he began a process of engaging the military junta in Myanmar as a way of balancing the Chinese influence, despite opposition from human rights groups and from friends of Aung San Suu Kyi.

In recent days, he was even prepared to think out of the box on Kashmir. In questioning orthodox positions, Dixit was willing to be unpopular even at the risk of alienating the influential and the powerful. As a young journalist in the early Nineties, I once interviewed Dixit on the Kashmir issue. He revealed, in what he thought was an off-the-record backgrounder, that Zulfiqar Ali Bhutto and Indira Gandhi had agreed to converting the LoC into the international border at Shimla at 1972, and this was probably the way forward. In my naivet?, I published the story, creating a minor storm, which, of course, Dixit weathered without much damage. And he never held it against me.

Dixit, undoubtedly, had the courage to be forthright, even blunt, as only those who are self-made can be. And although Dixit never had a godfather, he patronized a large number of younger diplomats and scholars. Indeed, he invited passionate loyalty from his juniors and friends, many of whom owed their spectacular success to him. In many ways Dixit was larger than life, in terms of his ideas and in the way he lived his life. Behind his office desk were a series of pipes that he smoked from. It was as if each pipe was a metaphor for a new thinking cap, which would provoke him to be different and think differently from ordinary mortals or mediocre diplomats.

Posted by Amitabh Mattoo at 8:08 AM No comments: