An agenda for a new Kashmir 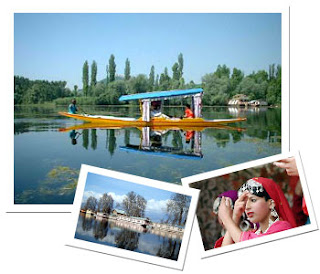 JAMMU AND Kashmir rarely opens up to new opportunities. In the last 13 years, the window has opened only twice. After the 1996 election, the National Conference Government could have, had it acted with greater wisdom and maturity, translated the electoral verdict into sustainable political peace and economic stability on the ground. And yet, as we know, the NC squandered that popular expectation because of its cavalier attitude. The 2002 Assembly election has pushed the window almost fully open. The new People's Democratic Party-Congress coalition Government has a real chance to channelise the people's vote for peace and prosperity into the construction of a "naya" Kashmir. And yet, as we know from past experience, the window could quite as easily shut back and it may take years before a new opening can be made.

The unfortunate political differences between the PDP and the Congress over the creation of a coalition Government for the first 15 days after the declaration of results had begun to scar the popular psyche. And yet, this scar will vanish if the new Government addresses the real hurts and hopes of the people of the State. Indeed, if the delay has resulted in a firmer commitment to a common minimum programme and in the determination to make a real difference, the loss of a fortnight may begin to be recognised, in retrospect, as a blessing in disguise.

The common minimum programme is an imaginative document, but the focus of attention should be both on short-term and medium-measures that can generate and sustain a process of change. The first hundred days must be used for assuaging the hurt of the average resident of the State and in making powerful gestures and signals, but the period beyond the first few months must be employed in making a significant difference to the quality of life of everyone in Jammu and Kashmir. In the 1940s, the National Conference, supported by the Congress, released its Naya Kashmir Manifesto: a document that electrified the State and transformed Jammu and Kashmir's politics, economics and society. There is a chance now for the new coalition Government to do the same in the first years of the 21st century.

Three short-term measures are self-evident. First, it is critical to build on the sentiment against violence and in favour of democratic processes. In Jammu and Kashmir today, there is an overwhelming sentiment against violence, irrespective of its origin or intent. Militancy may not be down and out, but it has lost its popular legitimacy. A large number of credible field surveys and opinion polls reveal that over 90 per cent of the Kashmiri people "disapprove" of violence. The elections too demonstrated that a large section of the Kashmiris is once again willing to give democracy a chance.

This widespread feeling can sustain itself only if people are empowered to more actively fight those who spread violence and terror in their name. This can only happen if there is an opening up of the political and civil space, by making the people rather than the security agencies the real bulwark against terrorism. While this may suggest a need to adopt radical measures, what is required is a gradual approach. Let there be a glasnost for the Kashmiri people, but care must be taken that this freedom is not used by external forces that are seeking to once again victimise the Kashmiris.

Second, it is vital to be as inclusive as possible and begin a dialogue with even those who may have stayed away from the election. It is clear that the PDP has won considerable support in the Valley, and the Congress has the mandate of the people from Jammu. But there are groups and individuals who supported others, or who were unwilling to participate in the elections. The main political groups in Ladakh and the separatists in Kashmir are just two examples. Including these groups in a dialogue is essential if the democratic process has to be carried forward, and their non-inclusion in the shaping of a new Kashmir may provide them with few incentives not to be subversive. Indeed, practical politics and political magnanimity, admittedly in rare supply these days, demand that even the NC is not excluded from such a process.

Finally, it is essential to meaningfully engage the rest of India including the Central Government. The State Government cannot hope to rebuild Kashmir in isolation; it requires a massive concerted effort of the Indian nation. It must be recognised that there is a growing sentiment within Indian civil society and powerful sections of the Central Government that partisan or sectarian agendas cannot be allowed to dictate policies towards Jammu and Kashmir. This feeling can only be tapped, however, if the State Government adopts an accommodationist rather than a confrontational agenda. The Congress has already demonstrated its willingness to be "generous" and go the extra mile. This should now reflect in its overall approach towards the State.

The medium-term agenda for the State must be focussed on that over-used but still relevant cliche: providing good governance. But reaching out to the people in Jammu and Kashmir must not become an excuse for providing sops and adopting populist measures. In fact, there are four essential pre-requisites for ensuring good governance in Jammu and Kashmir. One, a strong and stable economic infrastructure that can unleash the entrepreneurial potential of the people of the State as well as generate employment. Two, an accountable, streamlined and people-sensitive administrative machinery. Three, a speedy grievance redressal system that that includes an upright and effective Judiciary. Four, a revival of Kashmir's traditionally tolerant society and its expression in the form of Kashmiriyat. All four have been absent in the State for most of the last decade. Only if these are in place can we hope for an economically viable and politically and socially stable Jammu and Kashmir.

Finally, it is critical that the rest of India recognises the importance of Jammu and Kashmir and the urgent need to rebuild it. Jammu and Kashmir's uniqueness is obvious for a variety of historical reasons recognised even by the Supreme Court. More important, however, is Kashmir's singular importance to the very idea of India, which is often forgotten, that must now re-enter the consciousness of the political elite. A Muslim majority state that voluntarily acceded to India in 1947 lent tremendous strength to the construction of India as a vibrant, secular and pluralistic state. The battle, therefore, to recover the trust of the Kashmiri people is critical not just for the recovery of the ideals that inspired Indian nationhood, but also central to the war against obscurantism.

In other words, there must be a realisation that Kashmir must no longer be dealt with the kind of political ineptitude and bureaucratic inertia that has often characterised New Delhi's policies towards many other States over the last decades.

Posted by Amitabh Mattoo at 10:29 AM No comments: