This is not a lost cause. For those with the inclination, here is a plan for Kashmir 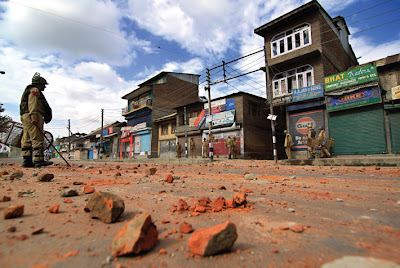 IS THERE a way out of the anarchy in Kashmir? Is it possible to create an opportunity out of this grave crisis? Can the conditions for sustainable peace still be created? What can New Delhi, the state government and the people of Kashmir do, unilaterally or collectively, to build a ‘Naya’ Jammu & Kashmir symbolised by peace, prosperity and people’s power? Here are 10 Commandments to save Jammu & Kashmir.

1} Do not live in denial: accept that there is an uprising, and admit your mistakes

One of the biggest hurdles in the way of any meaningful initiative is that New Delhi often becomes a prisoner of its own rhetoric. Let’s face it: there is a virtual revolt on the streets of the Kashmir Valley. Enraged young men and increasingly women are leading an uprising against the State and the central government and we just hope and (often believe) that it is all a Pakistani plot.

This is a generation born in conflict which has only seen the ugly face of India. This is a politically conscious generation that may not be able to take a long-term view of issues, but is hardly enamoured by Pakistan, nor can it easily be manipulated by the ISI. Understanding the anatomy of this new ‘movement’ alone will help to craft policies that can really deliver results on the ground.

This reality must be accepted as must be the admission of mistakes. This is the first step towards restoring trust between New Delhi and the people of Kashmir. Over the years, the Centre has made a number of appalling mistakes in Kashmir. Promises of dialogue have not been kept, several elections have been rigged, genuinely elected governments dismissed, puppet leaders installed — and, in the last two decades, the ordinary Kashmiri has faced harassment from security forces.

Some of these mistakes were avoidable; others inevitable given the complex situation on the ground, and others have been corrected. Facing up to this reality is essential. Admission of these mistakes will not be construed as an expression of guilt, but will signal recognition that fresh initiatives towards Kashmir will be based on an awareness of past mistakes and a genuine desire not to see them repeated. Sonia Gandhi, in her speech to the all-party meeting, came closest to accepting this reality.

2} Understand what the youth want: conduct a stakeholder analysis and build trust

It will be impossible to reach out to these young men and women unless there is a clear understanding of what they want. While the uprising may have a single anti- India focus, a variety of factors have coalesced to generate these protests. The all-party delegation that visits the Valley must be tasked to conduct a comprehensive analysis of the stakeholders (especially the youth) in each district of the Valley. Based on this, implement unilaterally confidence and trust-building measures that will have maximum impact, including release of young men in jails and political detainees immediately.

3} Create the conditions for an ‘uninterrupted’ sustained dialogue

Once the CBMs are in place, it is essential to appoint a team of political interlocutors who will carry credibility. Make the dialogue unconditional and as inclusive as possible. The dialogue must be based on a two-year time-table and weekly meetings. While there may be few takers in the beginning, once it is recognised that New Delhi is acting in good faith, Kashmiris themselves will force their leaders to join the negotiating table. All those part of the dialogue must be exposed to the lessons from peace processes across the world by experts in conflict resolution.

Separatism grows when people feel disconnected from the structures of power and the process of policy formulation; in contrast, devolution ensures popular participation in the running of the polity. Bluntly put, autonomy and self-governance is the only recipe for the 21st century. If autonomy weakened states, the United States of America would have disintegrated many decades ago. If this balance is struck, Jammu and Kashmir could become a model of ‘cooperative federalism’, a special model that could be gradually applied to other states in the union.

Autonomy and self-rule are about empowering people, making them feel that they belong, and about increasing the accountability of public institutions and services. It is synonymous with decentralisation and devolution of power, phrases that have been on the charter of virtually every political party in India. In Jammu and Kashmir, autonomy carries tremendous resonance with the people because puppet leaders from the state colluded with the central leadership and gradually eroded the autonomy promised by the Constitution. There is no contradiction between wanting Kashmir to be part of the national mainstream and the state’s desire for autonomous self-governance.

5} Create a Truth and Reconciliation Commission

A commission like this is not about fixing blame, but about accepting the tragic events of the past and moving together into a better future. It is about recognising the tragedy of two decades, of those who disappeared or were killed, or the tragic displacement of Kashmiri Pandits. Such a Commission would be best served by respected jurists who carry credibility with Indian civil society as well as the people of the state.

FOR THE STATE GOVERNMENT

6} Create the conditions for an internal reconciliation

Posing as an imaginative solution, this demand, if conceded, could lead to violent social disruptions in the state and create a communal polarisation that would not just irretrievably destroy the cultural and social fabric of the state, but have perilous consequences for communal relations in the rest of India. In addition, trifurcation would forever end the possibilities of reviving the plural traditions of communal harmony in the state that had once made it a symbol of the very idea of India: unity in diversity. It is important that the state government work, along with civil society, to create the conditions for reconciliation amongst the three regions and the different ethnic groups, that will also make it possible for Kashmir’s Hindus to honourably return to the valley.

7} Reach out to the Opposition and the young

It is important for Omar Abdullah reach out to everyone. A politician is one who only thinks of the next election; a statesman is one who thinks of the next generation. Bury the past, forget the bitterness of yesterday, and try and create a new way in politics. Meet young people, as many as you can, every day. And call on your political opponents (drop by at Fairview to see the Muftis, Mirwaiz Umar Farooq at Nageen and even Syed Ali Shah Geelani at Hyderpora) and seek their support in the crisis. Generosity in politics will never be seen as a weakness. Political leaders who demonstrate humility in crisis always emerge stronger.

The state government has found it easy to blame the central government for all the problems of the state. It is time that it accepted that the administration had virtually collapsed in the last three months. Most deaths on the streets were during firing — not by the Indian army, but by the J&K police or the CRPF aiding the state police. J&K is believed to be the second most corrupt state in India with good reason. Delivery of public services is abysmal, and there is no scheme for generating employment other than as white collar workers in the government. This needs to change. The youth of Kashmir have to be given hope for the future and this can only happen if the local government delivers on multiple fronts.

FOR THE PEOPLE OF KASHMIR

9} Recognise the limits of the possible

The people of Kashmir have suffered and been traumatised over the lost decades and lived in uncertainty for the last six decades. Clarity of thinking is not easy in these times, but it is critical to move forward. It is time that the people and the leaders stop living under the illusion of a utopian dream. The reality is that the people must look for pragmatic ways to ensure the honour, dignity and the empowerment of the people in this globalised world. Running after the mirage of a distant paradise will only create the conditions for greater suffering.

10} Discover the other India and utilise its opportunity

There is an India beyond bunkers, security forces and corrupt and corrupted politicians. It is the vibrant India of entrepreneurs, professionals, activists, civil society activists and the robust and free media, among others. More and more Kashmiris must discover this India and build a coalition with it. That is the best guarantee against the other India which we witness in the Valley.