An insider’s take on the mystery of Kashmir’s conflict. 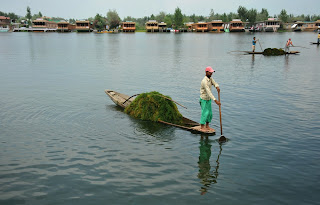 Kashmir has been fought over by , , and to a lesser known extent, , since the partition of 1947 that divided the subcontinent. Since then innumerable splinter groups, often backed by outside parties, have negotiated ceasefires, broken then, come to the peace table or stalked off. The majority of Kashmiris call for independence, but it’s clear that neither nor are ready to make any big concessions.

After a couple of years of seeming normalcy, trouble flared up again this summer. Young protestors have taken to the streets, often throwing stones at the large numbers of security forces deployed around the valley. The police and army have declared curfews that have all but shut down the region, crippling local businesses but having little effect in stopping the protests.

Dheera Sujan of South Asia Wired interviewed Prof. Mattoo for an insider’s take on the underlying causes of the current violence that’s taking such a deadly toll in .

Click on the following link to listen to the podcast of his interview on Radio .

Posted by Amitabh Mattoo at 7:59 AM