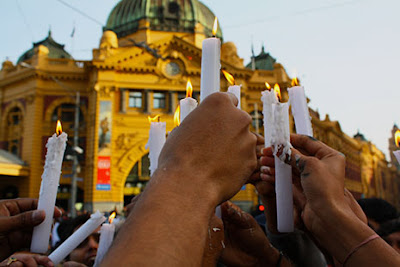 The spate of violent attacks on Indian students in 2009 and 2010 greatly affected Australia's reputation in India at the time.
Since then, efforts have been made by government, tourist and cultural bodies to repair the damage, and some new research appears to show it's having an effect.
The India-Australia Poll, a collaboration between the Lowy Institute and the Australia-India Institute, surveyed over 1200 Indian adults and found that despite bad press over student issues, Australia is well liked in India.

Prof. Mattoo speaks to ABC Radio National's Fran Kelly about the crucial findings of this ground breaking poll. To listen in, click on the link below: