I found my place in Tihar Jail 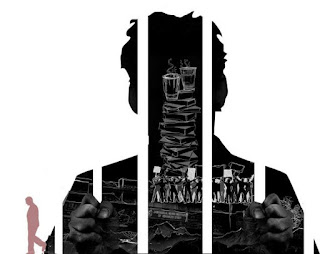 Thirty years ago, in May 1983, I spent nearly 10 days at Delhi’s Tihar jail for the first and, till now, the only time in my life. With me were several hundred young men and women, many of whom are today leaders across the globe: including diplomats, professors, Members of Parliament, scientists, and editors. The Tihar experience was transformational. My daughter’s school in Melbourne advertises itself to current and potential students with a pithy slogan: “I found my place in Methodist Ladies College.” Thirty years later, I can rightfully say: I found my place in Tihar jail!

I was 20, at New Delhi’s Jawaharlal Nehru University studying for a Masters in International Studies. Like hundreds of others, JNU was our first exposure to the “real” India. JNU had a comprehensive policy of affirmative action that allowed students from all over India to be admitted, especially those who came from socially or economically challenged backgrounds. Deprivation Points, they were called, in an age of less politically correct vocabulary. Even those like me, who came from relatively affluent backgrounds, had a better chance of getting in because I came from Srinagar, cocooned in the Kashmir valley, and not from a public school in an urban metropolis.

Imagine then a university campus in the early 1980s, almost in the centre of New Delhi, inhabiting thousands of acres of land within the folds of the oldest mountain ranges in India: the Aravallis (and its beautifully wild flora and fauna), with just a few thousand students drawn from virtually the length and breadth of India, and with very little in common except a thirst for knowledge and for change. And almost completely isolated from the city and the world outside. A recipe for disaster, you might say, a Lord of the Flies in-the-making. And yet the outcome was anything but dysfunctional.

As Pushpesh Pant, one of our most inspiring teachers, was to later write:
“Excitement was palpable and infectious in the air. The milieu was open, hierarchies were abhorred and the team at the helm was a perfect one. Handpicked bright youngsters were invited to join interdisciplinary departments and the semester system adopted was refreshingly different from the end of the term all-important exams guaranteed to stifle originality and cripple the spirit.”

And much of the idealism of the faculty — the quest for excellence blended with social relevance — was transmitted to the students, who believed that they could change the world: democratically, non-violently and together. This was post-Emergency India, and even though Indira Gandhi had returned as Prime Minister, the power of ideas and the power of the people seemed unstoppable. The nights were long: as General Body Meetings flowed into informal discussions over endless cups of chai at Ganga or Nilgiri dhabha on issues that really mattered: Was there really an “epistemological rupture” in Marx’s thought? Did Utsa Patnaik get the “mode of production” debate right or was it Jairus Banaji, and, in any case, wasn’t he the only Indian who really understood Marxism? Wasn’t John Rawls just a liberal reactionary thinker? And could anyone really understand Gayatri Spivak, and did Deconstruction really matter?

Everyone who had a heart fell in love, and out of it, over readings of the romantic-revolutionary poet Pablo Neruda at Parthasarthy Rock, or singing Sahir’s songs from Pyasa.Student violence was unknown, gender sensitivity was an absolute axiom with women confident to walk alone at any time of the day or night.

The Soviet Union had intervened in Afghanistan but the walls mostly said “Down with American Imperialism”. The National Students Union of India (the student wing of the Congress) and the Akhil Bharitya Vidyarthi Parishad (affiliated to the RSS) had barely a presence, although the Students Federation of India (SFI) and the All India Students Federation (AISF) — student wings of the CPI (M) and the CPI — had suffered a major jolt with the Lohiaite Samata Yuvajan Sabha (SYS) and the Free Thinkers winning the 1982 elections. “Study and Struggle”, was the guiding mantra even for non-Marxists, with everyone being reminding constantly: “If politics decides your future, you must decide what your politics should be.”

But the days were too short! Almost everything changed in 1983. The journey to Tihar began as a protest by students at a perceived injustice, but transformed into an aggressive movement which led to an unprecedented divide between the faculty and the student body. Everyone has his or her version of 1983, much like Kurosowa’s Rashomon. And you can trivialise it or philosophise it, but you cannot easily forget those days in Delhi’s scorching summer. A student had been suspended from the hostel without a proper inquiry; the students’ union restored the room to him, after breaking the “official” lock. Two of the office bearers were rusticated, as a consequence. The “inhumane” gherao of the Vice Chancellor and the Rector that followed was difficult to justify. But when the police entered campus on that fateful night, the ceremony of innocence, as they say, was truly drowned. JNU was no longer the sanctuary where every idea, every thought, every identity could find a place.

We thought we were voluntarily “courting arrest” as a symbol of protest, and believed totally in the righteousness of our cause, only to wake up next morning in the jail to the news that we were charged for “attempt to murder” and “rioting” by a Delhi government wanting to “clean up” the campus of “romantic revolutionaries”.

The experience of Tihar was itself life-changing. It was as much about recognising the virtues of idealism, as well as its limits. About recognising the importance of freedom, as well as its limits. About recognising the power of the Indian state, and the limits of resistance. And, above all, about how confinement can, initially, cripple you psychologically, but once the initial distress has been overcome, it can be truly liberating and can help you to come to terms with your inner self. We were all bailed out, the charges dropped in a few years, and most of us went on to return to our petit bourgeois world of careers, and families and ambition. But who could ever forget May 1983? You can take me out of Tihar, but not the Tihar out of me.

Posted by Amitabh Mattoo at 6:06 PM