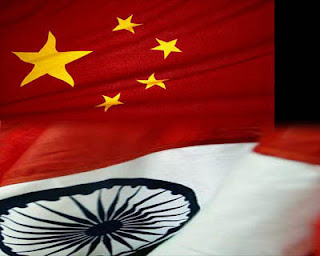 We have entered the year of the Dragon. In Chinese astrology, the Dragon is the most powerful of signs, and an important symbol of the Han people. 2012 will be, in many ways, critical for China and for its relationship with the world. Not perhaps since the cultural revolution of the 1970s has there been as much global concern about China and so many signs of turbulence within. For Indians, the year marks the 50th anniversary of the Sino-Indian war, probably the most humiliating in the history of independent India.

Ironically, half a century later we seem to be as muddled about our China policy, as Prime Minister Jawaharlal Nehru was in the years before the conflict in 1962. Indeed, there is no greater challenge for Indian foreign policy in this year than the challenge to understand China – in all its complexities — and to frame policies for the next decade. And to do so, not just through the prism of western thinking, but in the light of our own experience.

In 2012, there are four key questions the answers to which may prove decisive for China and for its relationship with the outside world. First, will China’s so-called “resilient authoritarianism” — tied to the dominance of the Chinese Communist Party, unity within the party, and support of the People’s Liberation Army — survive the transition from the fourth generation leadership to the fifth generation? In November this year, at the 18th Communist Party Congress, if all goes according to plan, Xi Jinping should replace Hu Jintao as the President and Li Keqiang is expected to succeed Wen Jiabao as Premier.

Jinping belongs to the elitist Shanghai clique largely of princelings who were born to power and privilege, while Keqiang is from the populist faction who grew through the ranks of the Communist Youth League. But beyond these personalities, is the larger generational transition as well as the factionalism within the Party that will have serious implications for policy. The management of these contradictions, and the growing assertiveness of the PLA may create considerable turbulence and be responsible for increasing incoherence in Chinese policies at home and abroad.

Second, how will China make its slow but important transition from an export driven manufacturing economy (relying on cheap labour and focusing on the coastal regions) to an economy relying on domestic consumption, with an emphasis on services and the development of the hinterland? While it may be easy to dismiss Cassandra-like predictions of the Chinese economy being a bubble waiting to burst, it is obvious that China will probably face this year the most serious challenge to its growth since the late 1970s. Indeed, China’s 12th five-year plan (approved last year) itself has set targets that seem, at least at this stage, unachievable.

Third, will continued political and economic uncertainty and rising expectations translate into mass social and political unrest? 2011 was the year of protests almost across China and this is not counting the uprisings in Xinjiang and Tibet.The most recent incident in November-December 2011in Wukan, a fishing village in the prosperous province of Guangdong, may be a good indicator of growing popular restiveness. The villagers collectively took over the village, protesting against the sale of common land to property sharks. They threw out the local party leaders, and barricaded their villages in an unheard of act of collective defiance. The protests ended only after unprecedented concessions by the Party leadership.

Finally, will an increasingly insecure, new Chinese leadership — faced with growing problems at home — become more aggressive in terms of its foreign policy behaviour. 2011 witnessed a new Chinese assertiveness, particularly in the South China Sea, as China-watchers claimed that Beijing was abandoning Deng Xiaoping’s 24-character mantra of focusing on problems within and not becoming the centre of attention. Richard Haass, the President of the US Council on Foreign Relations, and one of the most astute observers of China recently wrote: “I have been travelling to China for more than three decades, but never have I encountered a Chinese leadership so uncertain of the country’s future. It is little exaggeration to say that the world’s most populous country is on its heels.”

These questions need to be probed in India by the government and independent scholars as much are they being probed by the rest of the world. In 2011, India witnessed what even Prime Minister Manmohan Singh described as new Chinese assertiveness, reflected in the cancellation of the Border talks over the presence of the Dalai Lama at a Buddhist convention and aggressiveness over the oil exploration pact with Vietnam over the South China Sea. The larger concern about Chinese encirclement of India is also no longer fanciful.

However, the Prime Minister recently dismissed the idea of China attacking India, which brought about a sense of déja vu. Nehru’s forward policy in 1962 was based largely on the intelligence assessment that Chinese would not respond militarily to aggressive Indian patrolling. That inaccurate assessment led to the fiasco of 1962 as an unprepared army had to face the wrath of the PLA.

2012 is not 1962, for a variety of reasons including the fact that the Indian armed forces are capable of meeting strong challenges. As one way of independent scholars to participate in the China debate, in an informed way, the government should seriously consider releasing the Henderson Brookes report, which is the only authoritative in-house study of the military defeat of 1962. If there are parts that are sensitive or have a bearing on the current border negotiation they can easily be redacted. It would be a tragedy if instead of learning from our history, we are condemned to repeat it.

In sum, while tactically India seems to be responding to Chinese assertiveness with firmness, there does not seem to be a clear long-term strategy in place. The challenge of managing China is so formidable that it will require the exercise of most of our military and diplomatic resources, and yet do we have these in place?

Posted by Amitabh Mattoo at 7:43 PM