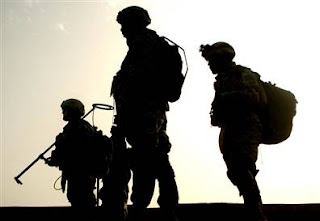 It is now becoming increasingly clear that President Barack Obama’s administration is almost desperate to forge a deal with the Taliban, against all odds. The opening of a Taliban office in Qatar and the release of high value Taliban assets from the Guantanamo Bay detention centre, it seems, are the next steps in a process of so-called ‘reconciliation’ with the Quetta Shura led by Taliban’s Amirul Momineen, Mullah Mohammad Omar. This latest initiative seems to have, at the moment, neither the full support of Afghan President Hamid Karzai nor indeed the Islamabad-Rawalpindi establishment, but this can change quickly if past experience is good evidence.

While it may be prudent for New Delhi to wait and watch, it is critical simultaneously to begin to debunk the myths on the basis of which this so-called peace process is being fostered by Washington and some of its European allies, reckless in their eagerness to get out of Afghanistan. While there are those even within the Indian establishment who are arguing for ‘keeping all options open’, there can and must be no compromise with Talibanism.

Indeed, these ‘western’ myths are built on convenient cultural stereotypes divorced from the reality of Afghanistan’s past and often disconnected from contemporary Afghan politics and society. These cultural explanations are constructed as a useful justification for policies seeking an early exit from Afghanistan.

Myth one: The majority of the Pashtuns support the Taliban; ergo let the Taliban rule Afghanistan. While it is clear that all Taliban are Pashtuns, not all Pashtuns are Taliban. The suggestion that even the majority of the Pashtuns support the Taliban is debatable. Within the complex tribal structure of the Pashtuns, the bulk of the Taliban leadership is Ghilzai which, of course, has historically been at contradictions with the equally powerful Durranis. But even within the Ghilzais, the extent of support for the Taliban has always been contested. Opinion surveys conducted in Afghanistan are notoriously unreliable, but for every survey that suggests majority support for the Taliban there is another which would point to tremendous resentment against them. What is clear is that a large section of the people would support those forces that are on the ascendant or likely to control the power structure. This, of course, is not unique to Afghanistan and similar to any society that has witnessed conflict and violence over long periods of history. It is also clear that outside the Pashtuns, the Taliban have virtually no support among the Tajiks, Uzbeks, Hazaras or the smaller minorities.

Myth two: Talibanism is part of the traditional social structure of the Pashtuns; ergo let the Afghans decide what is good for them. Nothing could be further from the truth. The savage regime that the Taliban sought to impose on the people of Afghanistan is not native to the people of the country. While the Afghans are devout Muslims, it is the pre-Islamic moral and social code of Pashtunwali that still guides most of the Pashtun tribes. The ethical code of the Pashtunwali, with its emphasis on hospitality, integrity, justice, sanctuary does not resemble the radical code that the Taliban enforced during their short stint as rulers of Afghanistan. In other words, to reject Talibanism is not to reject Pashtunwali or even orthodox Islam. Talibanism was a product of the fanatical zeal of intelligence agencies seeking to produce indoctrinated robots who would follow even the most irrational order, and not rooted in the culturally rich and vibrant history of Afghanistan. To suggest that Talibanism is synonymous with Afghan culture is to show extreme ignorance of the country’s history and to display deep contempt for the people of the country.

Myth three: Violence and war are part of the Afghan way of life; ergo let the Afghans keep fighting amongst themselves. No country, no culture privileges war and violence; neither does nor has Afghanistan. The Afghans have fought invaders and occasionally been invaders themselves. But Afghanistan has an equally strong tradition of peace and non-violence. From the 13th century poet, mystic and theologian Jalaladin Muhammad Rumi to the 20th century statesman Badshah Khan, the Frontier Gandhi, the Afghans have had a tradition of thinking and articulating some of the finest ideas on pacifism and non-violence. To capsule all Afghans as violent men and women who love killing or being killed is to caricature the complex cultural diversity of the country.

Myth four: You can win a battle against the Afghan, but never a war; ergo, let us get out as soon as possible. The Afghans have indeed a fierce sense of nationalism and have fought and won their independence over centuries. But history is more complex than most contemporary commentaries of Afghan wars, including the defeat of the British in the 19th century or the Soviet withdrawal from Afghanistan in 1990, would suggest. For those who want to take a more cynical view of Afghan valour it is useful to read, for instance, an account of General Hari Singh Nalwa’s campaigns against the Pashtun tribes during Maharajah Ranjit Singh’s time. In any case, these cultural explanations of history are deeply suspect. Modern armies win campaigns based on superior technology, better training, a fuller understanding of the terrain, a more refined strategy and the willingness to put soldiers on the ground. If the Americans lose the war in Afghanistan it will not be because the Afghan DNA is so resilient that it can defeat ‘any superpower’ but because the United States and its allies have neither the patience to fight a long war nor the willingness to take the suffering needed to wage and win wars.

Let us be clear, the return of the Taliban, with or without al-Qaeda and with or without an aggressive foreign policy would be the single most dangerous trend in the region. It would privilege the forces of obscurantism, create the conditions for permanent instability in Afghanistan and potentially become a source of spreading the violence of intolerance across the region. There can and must not be any reconciliation with those who represent, in every sense, the diabolic forces of evil.