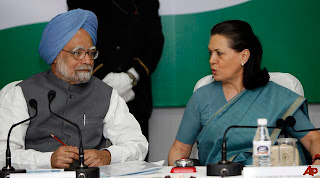 ALMOST every crisis in also has a hidden opportunity that we have consistently missed. The present uprising of the young in the Valley threatens to overwhelm all the gains made over the past years. And yet, it is possible to redeem the situation even now. But for this, and have to act not just in synergy, but demonstrate the imagination, creativity, and, above all, the determination necessary to gain the trust of a generation whose anger has been visible on the streets of over the past few months.

For , it is critical to once again recognise that , for a variety of reasons, is not just another state of the . It cannot be dealt with the kind of political inertia and bureaucratic ineptitude that the Centre can afford in its relations with other states without any dangerous consequences. Prime Minister Manmohan Singh (and I am sure so does Sonia Gandhi) understands this clearly. But this has to be immediately appreciated by all those in North Block in charge of . In any case, it is critical that the PM, who still enjoys great credibility and goodwill in the Valley, personally appeals for peace within the next few days.

Based on this understanding, must immediately act on three fronts. First, appoint a special representative for . Ever since N. N. Vohra was appointed the governor of the state in 2008, there has been no designated interlocutor for talks. The appointment of an interlocutor right away will not be seen as a sign of weakness; rather it will signal the sensitivity of to the voices of dissent and anger that are still alive in the Valley. But the appointment of a serving or a retired bureaucrat would be a mistake, given their training and attitude. A political heavyweight like, say, former chief minister of Madhya Pradesh Digvijay Singh, or any other person who enjoys the confidence of 7, Race Course Road, and 10, Janpath, would indicate the importance that New Delhi accords to a dialogue.

SECOND, the Centre must appoint an expert committee to consider, afresh, the recommendations made by the Prime Minister’s working groups on governance, confidence building measures ( CBMs) — both internal and those across the Line of Control ( LoC) — economic reconstruction and Centre-state relations. Several key recommendations, particularly those given by the working group on internal CBMs (chaired by Hamid Ansari) have either not been implemented or have been taken up half- heartedly. Their effective implementation would be a trust- building measure of great significance. Unfortunately, the report of the working group on Centre-state relations has led to discord rather than furthering an understanding.

Another urgent necessity is an empowered task force of experts that examines the report and its detailed annexures, consults with stakeholders and arrives at a consensus that would, more or less, satisfy most shades of opinion.

Third, the government must reach out to the angry youth, especially the unemployed, through all the resources that can bring to bear through the public and the private sector. The youth can become the state’s greatest strength — its soft power — in the years to come, if we immediately give their development our highest priority.

The challenge for the Omar Abdullah government is even greater. This is unlikely to be the only crisis that the CM will face in his political career, but it is easily his worst so far.

The credibility of his government, the party and of his chief ministership has been severely dented. There are no magical mantras for gaining popularity, but acting on the following three fronts will go a long way in reestablishing his authority.

FIRST, FIX blame and take action. The impression that there is administrative anarchy must be corrected. The government must “mean business” and must be seen as taking action against those responsible for the present crisis. This is not to recommend finding scapegoats. But it is essential for some officials to be punished if the faith of the people has to be restored in the system and if the bureaucrats are to take the political leadership seriously.

Second, reach out to everyone. A politician is one who only thinks of the next election; a statesman is one who thinks of the next generation. Bury the past, forget the bitterness of yesterday, and try and create a new way in politics. Meet young people, as many as you can, every day. And call on your political opponents (drop by at to see the Muftis and Mirwaiz Umar Farooq at Nageen) and seek their support in the crisis.

Generosity in politics will never be seen as a weakness. Political leaders who demonstrate humility in crisis always emerge stronger at the end of the day. Form a Council of Elders, drawing on the great strength of the state’s civil society, and meet them regularly taking their counsel and support.

Finally, prevent violence and killings. This is easier said than done. But let the police understand that there will be costs if there are any fatalities, and take immediate action when there is even a reported abuse of authority. Strengthen the human rights commission, give it greater authority and let it become a credible institution in the eyes of the people.

This is an agenda for just a month; much more will need to be done if is to have durable peace.

Posted by Amitabh Mattoo at 1:15 AM