Upgrading the study of international relations 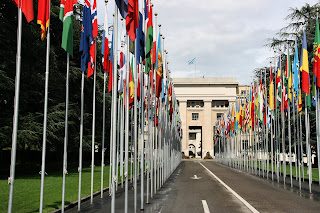 The Lee Kuan Yew School of Public Policy, National University of Singapore, recently brought some of the most eminent scholars of International Relations (IR) to brainstorm on the current state of IR in India and to suggest ways to upgrade the discipline. There are, after all, few other disciplines in India, especially in the social sciences, where the gulf between the potential and the reality is as wide as it is in the teaching and research of IR at Indian universities. Interest in India and India’s interest in the world are arguably at their highest in modern times, and yet Indian scholarship on global issues is showing few signs of responding to this challenge. In contrast, China — where IR emerged as an independent discipline much more recently — has made remarkable strides.

Few disciplines could have enjoyed a more favourable climate for intellectual growth in the first few years following India’s independence than IR. Not many political leaders in Asia had the breadth of vision, sense of global history and deep commitment to building institutions as did Prime Minister Jawaharlal Nehru. It was with Nehru’s patronage that the Indian Council for World Affairs (ICWA), founded by Sir Tej Bahadur Sapru in 1943, was instrumental in setting up the Indian School of International Studies (ISIS) in 1955, as a constituent unit of the University of Delhi. In 1961, the ISIS became a deemed university under Section 3 of the UGC Act and this enabled it to award doctoral degrees. In the 1960s, Sapru House, which housed the ICWA (and the ISIS in its initial years) was regarded, as eminent IR scholar M.S. Rajan put it, as one of the “best research libraries in Asia.”

In 1970, ISIS became a part of Jawaharlal Nehru University under its new avatar, the School of International Studies. A year after ISIS was established, Jadavpur University set up its department of International Relations in 1956, while a year earlier the Department of African Studies had been inaugurated at the University of Delhi. This fortunate climate for the growth of IR did lead to a quantitative expansion of departments offering the subject over the next four decades. But not much can be said about the quality.

Today, IR is taught in more than 100 universities in India at the under-graduate and post-graduate levels. A close scrutiny reveals that most of the IR departments have a shortage of qualified faculty, poor infrastructure, outdated curriculum and few research opportunities. At least 50 per cent of the departments have no access to online resources, there is limited internet connectivity and only a meagre grant is available for annual field trips. Even standard textbooks are not available in these departments. For instance, neither Kenneth Waltz’s Theory of International Politics (an important contemporary work from the West) nor any of the Indian classical texts, say, Kautilya’s Arthashastra, is available in most State university libraries.

A survey of 50 State universities revealed that students were unaware of the principal journals in the field, national or international. Neither did any of the libraries subscribe to leading international journals such as Foreign Affairs, International Organization, International Security and International Affairs nor were they accessible electronically through, say, J-Stor or Project Muse. There are, of course, very few good translations in Hindi or other Indian languages of the major works in the subject.

There is no All-India International Studies Association despite periodic attempts at creating such a body. As a consequence, there are few annual conferences that students and scholars of IR can participate in or where they can share their research findings. Area studies — a vital part of IR — are facing almost a terminal decline. There is no Pakistan expert who can read, write or speak Pashto or Baluchi, and this is not an isolated example. The number of scholars proficient in Chinese, Japanese, Arabic, Persian or Dari is also limited. In addition, opportunities for spending time overseas on field trips are also few and far between. There are, of course, institutions which have established themselves as centres of academic excellence. The School of International Studies at JNU is a good example. But this is one of the few islands of excellence in a sea of mediocrity. Tragically, there is no recognisable contemporary Indian school of IR despite the rich civilisational repository of ideas on statecraft and inter-state relations.

In comparison, China — a late-starter — is doing more than just catching up. As Qin Yaqing of the China Foreign Affairs University put it: “International Relations as a discipline began to develop since the late 1970s and early 1980s, when China started to open to the rest of the world. The 30 years since 1978 have witnessed rapid development of the IR discipline in China, a remarkable time of learning, exploring and reflecting.” For instance, the Renmin University of China pioneered a remarkable programme for the development of IR with the translation of major western classics. Between 1978 and 2007, the China People’s Public Security University Press, the Shanghai People’s Publishing House, the Peking University Press, the World Affairs Press and the Zhejiang Publishing House have together brought out 86 translated IR books. And, today, all the major schools of thought in IR (Marxism, Realism, Liberalism and Constructivism) are robust in China. In addition, the Chinese IR community has — after a learning and absorbing stage, in the words of Yaqing, “a long cherished hope: to produce a Chinese IR theory and there is [now the] real possibility that this will happen as more traditional concepts like Tianxia, Datong, and Zhonyong (middle course) will be introduced to the process of creating a Chinese paradigm.”

The lack of growth in the study of IR is attributable to many factors: systemic, institutional, disciplinary and leadership-related. This is not the place to identify the causes for the lack of Indian theory-building tradition or the lack of methodological rigour. But, it needs to be emphasised, that the lack of resources and infrastructure, which are weak throughout the Indian university system, has had a particularly telling impact on IR, particularly on area studies. Scholars, in order to gain expertise of specific areas, need to develop their linguistic abilities or spend time in the region familiarising themselves with the polity and society. In reality, few Indian scholars have the luxury of even visiting the region they are studying or spending time learning the language. Not surprisingly, India does not have many real experts even on its immediate neighbourhood. Similarly, in the absence of an ambitious translation programme, IR has not been mainstreamed as a discipline through the country.

What can be done

As Kanti Bajpai argues: “Rising powers seem to get the IR they need.” But, as even he admits: “there is nothing inevitable about good IR as a response to the growth in national power.” What is needed, therefore, is a systematic programme of action on the part of the Government of India (through the HRD Ministry, the MEA and the UGC) and the IR academic community. A one-time grant of Rs.30 crore must be made to at least 30 universities in India with a “potential for excellence” in International Relations to upgrade the infrastructure, create new faculty position and for field trips and state-of-the-art language laboratories. A translation programme must be started to ensure that the 50 classics of IR are available in the main Indian language while J-Store/ Project Muse access is made available to the universities with IR departments.

The academic community must establish an All India International Studies Association (AISA) that establishes a fraternal relationship with the International Studies Association (ISA), the principal global body of IR scholars. The AISA, once established, must create “open courseware” available to all university departments online and pay particular attention to encouraging Indian thought on IR. It needs to be emphasised that India’s inability to develop a sophisticated and comprehensive understanding of the world outside will have more serious consequences than just the dwarfing of a discipline. It could well stunt India’s ability to influence the international system.

Posted by Amitabh Mattoo at 8:31 AM