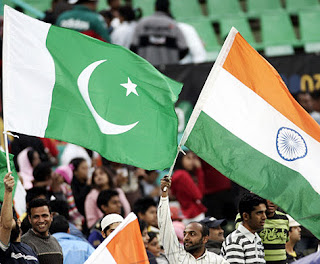 It has been clear for some years now that there are few other states in the international system more troubled than Pakistan. And yet, tragically, the Indian debate — academic as well as at the policy-level — reflects neither an appreciation of the complexity of the situation nor a recognition that Pakistan needs to be dealt with at multiple levels, even (and especially) after the Mumbai attacks. Instead, we witness routinely (in the soundbyte-driven media di scussions and predictable seminars) knee-jerk responses — even from otherwise sage former diplomats and intelligence officers — which suggest that even after 61 years, the Indian policy establishment does not really understand Pakistan.

In this sense, the failure of Pakistan is as much the failure of India. Can the inability to stabilise a troubled neighbour inspire confidence outside the immediate landscape? Can India really become a great power when it cannot even influence, leave alone pacify, its own “backyard?” Should India not have a more nuanced and deeper understanding of the range of forces operating in the country? But can India really develop a thoughtful and comprehensive understanding of Pakistan when we have virtually no academic expert or policy analyst who can speak, say, Pashto or Balochi? And should India not be systematically working towards constructing a Pakistan that is at peace with itself and in harmony with the region? Mea culpa is, unfortunately, not a term that exists in the Indian diplomatic or academic dictionary.

The reality is that much of the contemporary Indian analysis of Pakistan is rooted in a blinkered, and often partial, and simplistic understanding of the country as it exists today, and drawn, often, from crude textbook readings of the realist discourse in international relations. Pakistan is not a rational, unitary and univocal actor capable of making coherent foreign and defence policy decisions, or of executing them in a predictable and reliable manner. It is this misconstruction of the nature of the Pakistani state and society that sadly informs the Indian policy, for instance, of nuclear deterrence, compellance, the fight against terrorism and even the composite dialogue. Not surprisingly then, the policy does not and will not work. Contemporary Pakistan is not just another country that can be dealt with by following the well-known axioms of international politics or bilateral diplomacy.

Given the many challenges that Pakistan faces today, we argue that it has at least four potential futures: Fractured Pakistan, Fascist-Islamist Pakistan, Failed Pakistan and, Friendly Pakistan.

The first image is of a Fractured Pakistan. This is the Pakistan the world is faced with today: a state that has been (for at least a couple of decades or more now) on a trajectory that is counter-productive and self-destructive. It is a Pakistan that runs with the hare and hunts with the hounds; creates Frankensteins that confront the maker; rides a tiger from which it is unable to dismount; and bleeds itself almost to death in an attempt to bleed its enemy through a thousand cuts. It is a state that is reaping what it has sown for several decades now. It fits every cliché on the dangers of being short-sighted, tactical and double-faced.

This is a Pakistan which is permanently on the edge of a precipice, with competing centres of power, and increasingly out of the control of even the strongest institution: the army. A Fractured Pakistan would maintain an unpleasant status quo with India and the region, even if it is hurting itself in the process. Elements within the state would fight the jihadis, on the one hand, and others would encourage them, on the other. The state would be in denial of any internal disequilibrium and its almost pathological hostility towards India would increasingly be the only glue that would seem to bind its fractured divisions. A Fractured Pakistan could well descend into a Fascist or Failed Pakistan.

A Fascist-Islamist Pakistan is the worst-case scenario projected by the Cassandras of the strategic community. A state that would be taken over by the jihadis, thanks to the material and ideological help provided by the Taliban, the al-Qaeda, and, to some extent, the rising prominence of the Pakistani army’s ‘Zia bhartis.’ A Fascist-Islamist Pakistan would not just be dangerous and unpredictable but could also become an exaggerated version of Afghanistan under Mullah Omar’s Taliban rule. It goes without saying that the security of India and the rest of the world would be seriously jeopardised if the jihadis were able to gain control of Pakistan’s nuclear weapons.

A Failed Pakistan would be a state that would disintegrate and divide itself into multiple entities. Warlordism, civil war, huge refugee flows, a rise in crime, and the probable spread of a radical, violence-based sectarian ideology would be some of the markers of a failed Pakistan. India, all those who glee at the prospect of a Failed Pakistan should remember, would be a natural target for all the dangerous forces unleashed by Pakistan’s disintegration.

Finally, and unlikely as it seems today, there still exists a possibility of a Friendly Pakistan. It would be rooted in Mohammed Ali Jinnah’s original design for the state: Muslim, Moderate and Modern. It is this Pakistan that an Indian grand strategy must systematically work towards constructing.

India’s grand strategy, we argue, should include a careful application of moral, political and soft power resources; multilayered employment of diplomacy, communication and smart power; and sophisticated coordination of global, regional, bilateral and domestic means to engage Pakistan.

Pakistan, as Richard Holbrooke’s visit reminded us, is no longer just a South Asian conundrum. We will continue to see ‘special envoys’ dispatched to the region with unprecedented frequency. New Delhi, instead of reacting uneasily to what it sees as unnecessary interference in its ‘sphere of influence’ should confidently join such initiatives. This would create the space in which it may become possible to build international and regional coalitions/consensus to help Pakistan move from being fractured to friendly.

But the most important part of this grand strategy is bilateral. Managing the bilateral segment of the grand strategy is perhaps our biggest challenge. India needs to use “smart diplomacy” to engage more than one internal actor in Pakistan, and at various levels. It must take imaginative unilateral steps to empower moderate voices and build real stakeholders. India’s vibrant civil society must be encouraged to engage with Pakistan. While Kashmir may need to be dealt with “symbolically,” it is on the issue of water that Pakistan and Pakistanis will need real reassurance and accommodation.

We should make much greater use of South Asia’s traditional liberal Islam to confront the radicalisation of Pakistan. But soft power has other uses as well. The acclaimed Pakistani novelist, Mohsin Hamid, was asked by Dawn: if he took a break from fiction to pen the script for a Punjabi blockbuster, how would the plot unfold? He responded: “In an operations centre, deep below Heera Mandi in Lahore, a fat man with a moustache receives his briefing. He is a secret agent, code-named Suth Panja, and his mission, if he chooses to accept it, is to infiltrate India and kidnap the one man who can revitalise Lollywood.” All this does not preclude what New Delhi may or may not do to confront those elements that are as much an enemy of moderate Pakistan as they are of India.

This grand strategic approach to dealing with Pakistan is in no way exhaustive, but we hope that it will be a step towards realising that complex problems can be addressed only in a comprehensive manner. Piecemeal and half-hearted approaches simply will not deliver.

Posted by Amitabh Mattoo at 8:50 AM