Graduation Ceremony at University of Melbourne

Professor Amitabh Mattoo delivered the convocation address to the graduating class of 2014 at the University of Melbourne. Presented below is the text of his speech. 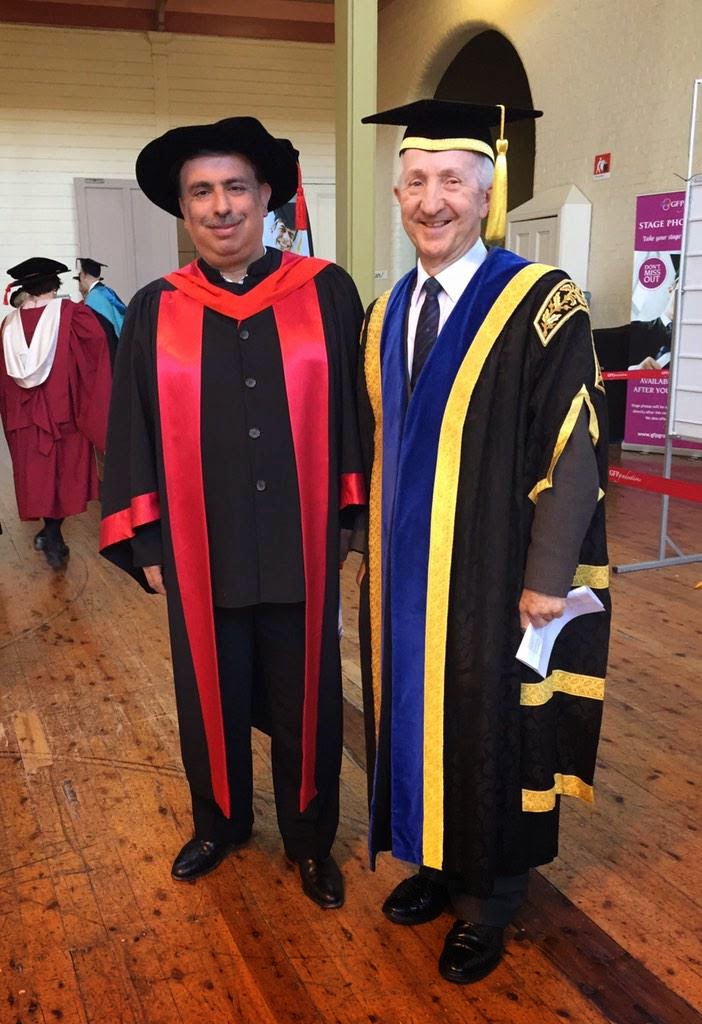 There can be no greater honour for anyone connected to Academia than to be asked to deliver an address at a Graduation Ceremony. I came to Melbourne from India a little more than three years ago, and in all these months I have begun to value, a little more every day, the enormous strengths of this great University and realize how fortunate are those, like you young men and women, who get the opportunity to study here.

Today, the University of Melbourne is truly, to paraphrase Prof Glyn Davis, a Republic of Learning and comes with the promise of training you to be a citizen of the world.   And as you go through this most sacrosanct of academic rites of passage, it is important also to never forget how privileged you all are and how this knowledge will be a continuous source of power to you, to your families and to all those around you,

Many of you will move into what some describe as the real world of action in contrast to what may be viewed as the sheltered world of ideas in a university. And some may stay like I did and be  students for quite a while.  But, no matter where you go, you will be more secure and independent and empowered than most people across the world because of this great education.

But do remember that this knowledge, this power, this passport to the world of ideas and action comes with one obligation. The responsibility, no less than the challenge of working, nay striving, towards a better world.

After all, events of the last few days are just a stark reminder of the need for all of us to work together to build sustainable peace and harmony

The tragedy at Sydney and the cataclysmic events at the Army school in Peshawar in Pakistan are a painful reminder that no one, young or old, rich or poor, can be insulated from violence and rage and conflict in this deeply interconnected world. And there are no quick fixes either. There are those who believe that unless we address the roots causes for this violence we cannot build peace. And there are others who argue that nothing but nothing can ever justify violence.  But far beyond issues of individual and collective grievances and punitive action is the fundamental question:
How do we build, in today’s world, tolerant, inclusive societies that are at peace with themselves and the outside world?

Melbourne is rightly considered the most livable city in the world, and the last 40 odd months that I have spent here have been some of the most pleasant in my life.  But I grew up in Srinagar, a city nestled in the beautiful valley of Kashmir in the mountains of the Himalayas. When I went to school there, it was idyllic. But all that was idyllic then has now been shattered by nature and men. So peace can be fragile, and needs nurturing and injection of new ideas and, above all good people, with passion and commitment willing to work selflessly. Because, as the great Irish poet  Wiliam Butler  Yeats reminded us in 1919,  during the Great War in The Second Coming , for things to “fall apart” you only  need the best to “lack conviction” and for the worst to be driven by “passionate intensity”.

When I did my Humanities degree, it was not a  favoured option for the really clever. To be honest, I don’t even know how much Political Science learnt during my years in College. But a Humanities Degree taught me then, as it will have taught you -through much greater rigour and the richness of the Melbourne model - at least four things:
First, that I while may not know have the answers, I learnt what were the important questions to ask.

Second, it taught me not just the value of money, but that there were, to paraphrase the Harvard philosopher, Michael Sandel, things that money cannot buy, such as peace and justice!

Third, that often in the world of problems. Much like in the Japanese auteur Akiri Kurosowa’s Rashoman, there is no one truth, just many interpretations.

And finally, that new ideas to solve old problems can often come when you do not let your schooling come in the way of your education (as Mark Twain is thought to have said). In other words, innovation, creativity and imagination often flourish  when you use the powers of  the critical thinking and problem solving (that were honed in the class rooms)to move beyond the orthodoxies of the past and the belief systems of the present.

In many ways, therefore a Humanities degree (a degree in the Arts and Social Sciences), equips you, much much better, to  not just face the world,  but to  help change it for the better.

I want to, in conclusion, share parts from my one of my  favourite  poems by  the great Indian poet Rabindra Nath Tagore, who was the first Asian to win a Nobel Prize for Literature. This is from Tagore’s book Gitanjali or Bouquet of Songs, published in 1910, but is as relevant now as it was more a century ago.

Where the mind is without fear and the head is held high
Where knowledge is free
Where the world has not been broken up into fragments
By narrow domestic walls
Where words come out from the depth of truth
Where tireless striving stretches its arms towards perfection
Into that heaven of freedom, my Father, let my country awake. –

All the best then as you move into an exciting new phase of your lives. And thank you for listening to me patiently.

Posted by Amitabh Mattoo at 7:50 PM