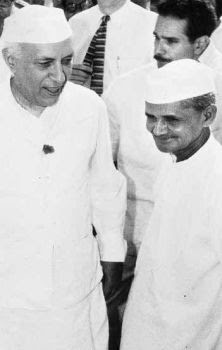 It is unfortunate that the most important initiative on Jammu and Kashmir in recent years has provoked such widespread disappointment and dismay. New Delhi's decision to appoint interlocutors to carry out a dialogue with all stakeholders in the state — as part of the eight-point plan of action unveiled last month — had generated tremendous hope and enthusiasm. And yet the actual announcement of a three-member non-political team has provoked widespread anger and hostility and even invited ridicule.

Although the three members are undoubtedly professionals, who have excelled in their respective fields, the impression has been created that the panel has been finalised without due diligence or a serious application of mind by those who are quite oblivious to the complexities of the problems in the state and are insensitive to the sentiment of the people living there.

Surely the multiple agencies of the Government of India, operating in the state, should have been able to provide a feedback about the likely response of the stakeholders. Why has this initiative almost collapsed before it has started? What can New Delhi learn from this dreadful mistake? And what can still be done to redeem the situation?

Ever since September 25, 2010, when the Cabinet Committee on Security (CCS) finalised the political initiative on Jammu and Kashmir, expectations were raised that a seasoned politician would lead the panel of interlocutors. This was not a myth created by the media. This perception was built on the successful all-party delegation that had visited the state.

Moreover, inspired news stories, selective leaks, privileged briefings, and even specific names were floated to generate a sense that the dialogue with the people would not be just another bureaucratic exercise to buy time. So much so that at one stage there were sections within the Valley which believed that the only reliable trouble-shooter in the government, Pranab Mukherjee, would be deputed to initiate the dialogue.

The impression was created for two weeks that hectic parleys were going on among the home ministry, the Prime Minister's Office, the leadership of the Congress and the state government to give shape to a high-powered team that could lead to a genuine breakthrough.

The shock and bewilderment are not surprising given this background, and the approval of a panel of names, admittedly eminent but without any political weight, who should have been best part of a legitimate track II exercise, and at least two of them have played such a useful role in the past.

In Jammu and Kashmir, symbolism is almost as important as substance. Consider the history of the last half a century. Almost every political crisis and political agreement has been possible through initiatives led by heavyweights and backed by the political leadership of the country.

It was Lal Bahadur Shastri who was deputed by Prime Minister Jawaharlal Nehru in 1963 to help defuse the crisis following the theft of the Prophet's relic. While the chief of Intelligence Bureau B N Mullik also played a vital role and enjoyed Nehru's confidence, it was Shastri who was the public face of the initiative.

The 1974 Kashmir accord was possible because of the confidence that G Parthasarthi enjoyed of then Prime Minster Indira Gandhi. Similarly, in the 1990s, interlocutors like Rajesh Pilot and George Fernandes were able to make a difference because they created a perception that they were leading a serious political initiative backed by the highest political authority in the land. Can the present panel claim to have such a carte blanche?

Indeed even the mandate of the panel has been defined in the most non-anodyne terms. The home ministry's press release says it all: "The three interlocutors appointed by the Govt. have been entrusted with the responsibility of undertaking a sustained dialogue with the people of Jammu & Kashmir to understand their problems and chart a course for the future."

But all is not lost, it may still be possible to save the initiative by broadening its membership and defining its mandate in more specific terms. Inclusion of a seasoned political leader, or leaders, is a must, even if it means that the home ministry may have to stop pretending that it is like Delphi, the oracle of all wisdom.

Similarly, it must be stated clearly that the panel has been entrusted with the task of entering into an unconditional political dialogue with all political sections to arrive at a clear framework for the settlement of the problems of Jammu and Kashmir.

In an earlier meeting, the CCS had referred provocatively but rightly to the trust and governance deficit that exists within the state. Unfortunately, nothing has been done to substantively reduce these deficits save the removal of some security bunkers, many of them lying in disuse.

Little has also been done to address the mal-governance that has contributed to the present crisis. A paralysed state administration led by an ineffective chief secretary needs to be made accountable in tangible terms.

A reminder of the grim state of affairs was revealed during the proceedings of the state legislative assembly. While the state is facing curfews and hartals, and the education system has practically collapsed, the assembly passed a private member's bill approving the creation of a Transworld Muslim University to be run by Jamiat Ahle Hadith.

Although cynics viewed this as a ploy by some to cut into the constituency of the Jamaat-e-Islami, in a real sense it is symbolic of the bizarre state of affairs prevailing in the state, given a free run by the state and central government.

It is time for Prime Minister Manmohan Singh and chairperson of the UPA, Sonia Gandhi, both of whom understand the gravity of the situation, to take firm charge before all is lost. It needs to be recognised that claims of a 'near-normalcy' on the streets of the Valley may only be a lull before the next storm, which could be overwhelming.

(Source:Hindustan Times)
Posted by Amitabh Mattoo at 9:51 AM