Inching closer to a great reconciliation 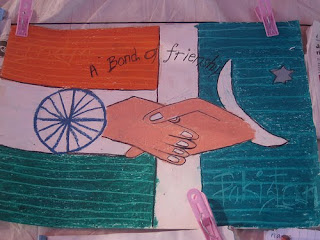 It is time for people of the Indian sub-continent to face up to an extraordinary reality — the conflict between India and Pakistan is easy to describe, but painfully difficult to understand.
“Enduring rivalry”, “sustained conflict”, “ugly stability”: these terms, often used by scholars of international relations to capsule the relationship, are sadly “occidental” attempts at forcing an Eastern intellectual puzzle into a preconceived Western mould. Unfortunately, the India-Pakistan relationship is and has been about almost everything that matters: history, memory, prejudice, territory, identity, religion, sovereignty, ideology, insecurity, trust, betrayal and much much more, in a very desi way.

At what level does one, therefore, analyse the relationship — at the level of the international system or in inter-state terms, or the inter-society dimension or at the human level? And where does one look for remedies? Let us face it: the only way that this relationship can move forward is by systematically beginning a process of reconciliation at every level. Only though such a “grand” reconciliation will it be possible for India and Pakistan to live comfortably next to each other and for communal relations in the sub-continent to heal. Given the nature of contemporary South Asian polities, reconciliation need not be state-driven any more. Civil societies in India and Pakistan are robust enough to set this process in motion.

The reconciliation, were it to happen, would be grand in its design and vision, and incremental in its process and execution. But will important stakeholders — the civil society, media, big businesses and academia — make full use of this opportunity? And will they — driven by past orthodoxies and present “vested” interests — benignly let this peace process bloom? As an Indian diplomat put it: “The people need peace, the leaders want to make peace, but the establishments are still unwilling to adjust.”

Pakistan evokes passion like few other countries, especially in northern India. Anger and nostalgia, hatred and sympathy, contempt and fear combine to produce an intensity of emotions that can’t be reduced to a well-defined analytical category. Traditionally, the policy community in India has been overwhelmingly in support of aggressively countering Pakistan. We term them the subedars. Only a minority has wanted to ignore and benignly neglect Islamabad: the saudagars. And a microscopic few have wanted New Delhi to be pro-active in promoting peace — even to the extent of making unilateral concessions. These are the sufis. These opinions need to be fleshed out.

The subedars argue that New Delhi has been unable to inject a modicum of civility and stability in bilateral relations. They believe that neither military defeat nor constructive engagement or unilateral gestures, and not even international pressure seem to be able to reduce the pathological hostility that the state bears towards India, which goes much beyond Kashmir. They view the Pakistani army as having an anti-India posture, and consequently argue that only a dramatic reconstruction of the Pakistani state would create the possibility of peace in South Asia.

The saudagars, however, believe that any cost-benefit analysis would suggest that the only way to move forward is through the economic route — building common institutions, opening up trade and strengthening constituencies, particularly in business.

But there has always been a small section in India which believes that New Delhi — more than ever before — has a stake in Pakistan’s future. A few years ago, the-then Prime Minister Atal Behari Vajpayee unambiguously stated that Pakistan’s stability was also in India’s national interest and this is echoed by the sufis. They argue that Vajpayee’s statement is not a political slogan, but a harsh reality. True, Pakistan’s failure may finally bury whatever is left of the two-nation theory, but that would be too heavy a price merely to prove that a mistake was made 57 years ago.

But the health of Pakistan is of concern to sufis for other reasons as well. Ethnic turmoil in Pakistan could easily spill over to India and its balkanization could even lead to a refugee problem in India. Similarly, self-styled warlords could expand their narcotics and gunrunning businesses into India. In larger terms, the crumbling of its economy could have a ripple effect on India. South Asia will begin to be viewed as a turmoil zone and lead to erosion in investor confidence.

Most crucially, the collapse of Pakistan will lead to a larger cultural demoralization. South Asia will become an international object of ridicule. The sufis also argue that a policy of confrontation is unlikely to work at any time. Two nuclear states can’t afford repeated acts of brinkmanship. They suggest that even the idea of limited war is rife with dangers: military, diplomatic and political.

It is also clear that Pakistan is changing, and changing fast. Parts of the polity are in deep crisis. This should invite deep introspection in India. Fortunately, there are tendencies within Pakistan that recognize the deep flaws within the polity and the need to make a strategic shift in terms of its relations with India. These currents need to be strengthened by New Delhi, by unilateral gestures if necessary. The subedars, the saudagars and the sufis need to come together and shape a Pakistan policy that has three elements: maintain a security vigil and sustain a deterrent capability; engage Pakistan at all levels to further cooperation in areas where business is possible; and prepare for a change in the policy in core areas, including Kashmir.

A grand reconciliation may seem utopian, but it is only by sticking such a mega-blueprint can one begin — through cooperation — to visualize the vast promise that a new phase in India-Pakistan relations holds for the region.

(Source: The Times of India)
Posted by Amitabh Mattoo at 6:10 AM