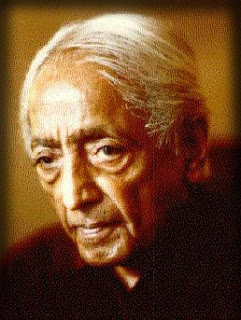 It was exciting to be present last month at EducationWorld’s celebration of India’s Most Respected Schools 2009 in Delhi. As a former vice chancellor, I know how important higher education and research are to nation building, and for the emergence of India as a major global player in the 21st century. Yet it is school education that is fundamental to building a nation, and shaping the India of tomorrow. And here, unfortunately, we are still in a mess! That is why it’s important not just to celebrate school education, but to laud all those who make a difference.

Attaining the goal of total literacy is, of course, crucial to ensure that the demographic dividend of our youthful population does not turn into a demographic nightmare. Fortunately, the Right to Free and Compulsory Education Bill, 2008, passed by both houses of Parliament and enabled by the newly-inserted Article 21-A of the Constitution of India, guarantees free and compulsory education to all children in the age group of six-14 years.�But, let us face it, one cannot legislate illiteracy away, because law enforcement rather than the existence of laws is the major problem in India.
Consider this: despite huge investment in the Sarva Shiksha Abhiyan (‘Education for All’) programme and other literacy campaigns, one-third of India’s population is illiterate. This means that at least a quarter of our children are still not capable of reading and writing. We need to devise real incentives for parents to send their children to school wherever they exist, create new ones wherever needed, and ensure that there is real learning happening within them. Only then will the constitutional amendment which created Article 21-A have real meaning.

The annual learning outcomes surveys, for instance, of the Mumbai-based NGO Pratham provide evidence of big learning gaps in primary education. Much more needs to be done by government and by all of us in the non-government sector who believe that India can only be great if education is truly inclusive. And one of the most important indicators of inclusiveness is that all citizens are at least literate. Yet schooling means much more than mere familiarity with the 3Rs.

In my opinion, too much emphasis is given to infrastructure development even in the Right to Education Bill. I know of schools in Jammu and Kashmir which have better infrastructure than most Delhi schools and yet produce the most aggressive, intolerant young adults. For instance one particular school promoted by the biggest criminal ‘don’ in Jammu has the best infrastructure I have ever seen — air-conditioned classrooms, swimming pools, tennis courts, advanced computer labs, wi-fi, and science laboratories. But a few days ago the Don’s son was arrested for murdering a young rival in broad daylight, and arrest warrants are out for both father and son. The reputation of the father, however, is so bad that the school gets boarders only from militancy hit regions of the state, who perhaps have no other choice. What kind of education awaits those trying to flee from violence in this ‘world’ school remains to be seen.

In 21st century India, we need not just capable and skilled young men and women but people who are upright, honest, tolerant and at ease with the country’s diversity. Therefore, in addition to the 3Rs, we need to introduce what I term the ‘3Ss’.

The first ‘S’ is for sensitivity. This is more important than is usually acknowledged. Sensitivity implies an aesthetic capacity to appreciate beauty in all its forms and to be considerate of differing points of view. Sensitive education also injects compassion and humanism in students.

The second ‘S’ is security, and freedom from fear. Only when children are free from the fear of punishment and competition will they be able to excel. Geniuses are born not in the rat race but out of self-motivated races for perfection. Security is also freedom from stress, where children are neither burdened by too much academic work nor peer pressure.

And finally we need our children to develop their spiritual and scientific temper — the third ‘S’. On this, I would prefer to extensively quote my favourite teacher, Jiddu Krishnamurthi (1895-1986). In one of his lectures he said: “The spirit of science has nothing to do with individual conditions, with nationalism, with race, with prejudice. Scientists are there to explore matter, to investigate the structure of the earth and of the stars and the planets, to find out how to cure man’s diseases, how to prolong man’s life, to explain time, both the past and the future.”

The challenge, therefore — in government and private schools — is to ensure that the 3Rs are taught in tandem with the 3Ss. In that freedom let the country awake!

Posted by Amitabh Mattoo at 8:00 AM