Obama and the Valley 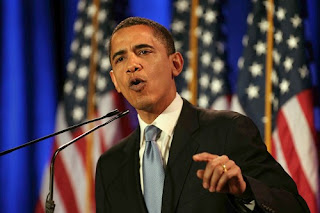 The most charismatic American president in recent years, Barack Obama, is paradoxically also the most inscrutable. Given his limited administrative experience and his lack of exposure to a public office, few can claim to know how Obama will actually respond to challenges around the world. Not surprisingly, there is a lack of clarity on his likely policy towards and . Much of the political punditry is based on a casual remark by Obama, a newspaper interview, a sound-bite or an off-the-cuff statement.

The issue of is a case in point. If the pundits are to be believed, one of the first initiatives that Obama will take will be on with a Bill Clinton or a Bill Richardson being appointed as a special envoy. Obama firmly believes, we are told, that until Kashmir is resolved, cannot be stabilized and, consequently, the war against al Qaida cannot be won. And that even while has been designated special envoy for and Afganistan, is there in the sub-text. This is not serious analysis, but juvenile doodling designed to generate public hysteria on the basis of a single sound-bite in a television interview and a couple of lines to a news magazine.

Can someone as smart as Obama really believe in this facile logic? And does he not know from his understanding of American foreign policy that is, and has been, a tar baby? Obama’s foreign policy advisors — at last count, he has about 1,000 — must have, by now, produced a ready reckoner on South Asia which would probably be the following written in bold: “The easiest way to jeopardize relations between India and the United States of America, and ironically prevent any real change in Kashmir, is for Washington to get hyperactive on the valley.”

A quick reading of American policy will reveal to Obama the reason for Indian sensitivities. Let us remember that the did have a deep interest in the future of during the Cold War. was an ally and had acceded to the Baghdad Pact in 1955, which was later renamed the Central Treaty Organization, and had a unique geo-strategic location. Declassified American sources suggest that the idea of an independent was seriously explored (and promoted) within the state department and the Central Intelligence Agency. An undivided, independent Kashmir would share borders with five countries: the erstwhile , , , and . It could well have served as a vital listening post to monitor both communist and the , and, with crafty manipulation and luck, may have even become an American military base.

In the Fifties, suspicion about American policy on Kashmir had reached such a level that in 1953, Sheikh Abdullah — the Wazir-e-Azam of Jammu and Kashmir — was dismissed, it is believed, after he had a series of meetings in Srinagar with Adlai Stevenson, who was touring Kashmir (among other places) after having lost the American presidential election. Indian intelligence operatives, it seemed, had “listened” to their conversations, and had concluded that Stevenson had assured Abdullah of American support for an independent . Abdullah’s proximity with the ambassador, Loy Henderson, also aroused suspicions.

After it became clear that there were few takers for an independent Kashmir (not even ), the Americans continued to support ’s demand for a plebiscite in . It was only because of a sustained Soviet veto, after the mid-Fifties, that the United Nations security council was not able to press for an enforcement of earlier resolutions on .

Suspicions about official American thinking on were resuscitated in the early Nineties, after the end of the Cold War. This time, however, there were no great strategic interests at stake. The Cold War was over, the Soviet Union had disintegrated, was almost an ally, and there were easier gateways to Central Asia than through . It was, however, the bleeding-heart liberals of the administration who — it seemed — were deeply disturbed by the new troubles in . Outraged by the alleged human rights violations committed by the Indian security forces while combating the insurgency, they again raised the slogan of an independent .

What made things worse was the presence of Robin Raphel — the first ever assistant secretary of state for South Asia — in the first administration. Raphel had been a political counsellor in the American embassy, and despite the knowledge that as a “friend of Bill” she was destined for higher positions, had been largely ignored by the protocol-conscious mandarins of the ministry of external affairs.

The Kashmiri militants and collaterals in the embassy had, however, been smarter and more politically astute. They had, over delicious Kashmiri gushtabas and Peshawari naans, convinced Raphel of their cause. Not surprisingly, at one of her first off-the-record briefings as assistant secretary, Raphel set the Ganges on fire by stating that the official position of the was that “the accession of Kashmir to was disputed”. ’s suspicions seemed to be confirmed: the liberal trail for an independent ran from Adlai Stevenson to Robin Raphel.

What, then, is the position today? Quite clearly, has interests in preventing a war in , particularly given the presence of nuclear weapons. A war in could be deeply destabilizing for the international system, and every hegemonic power would be deeply concerned about such a possibility. is also concerned about the Islamic jihadis, al Qaida and the Taliban in , who are wreaking havoc in , unleashing terror in the region and beyond, and are explicitly targeting the . There are significant lobbies in the US as well as self-styled do-gooders who want a resolution of the Kashmir problem, and want to see greater US involvement.

However, the surest way to diminish American leverage is through explicit involvement on Kashmir, given Indian suspicions. The most prudent way is for Obama to continue exercising pressure on Islamabad to clamp down on the terrorists and extremists, and then gently nudge India to resume bilateral talks. Once New Delhi is persuaded of Islamabad’s real intent to end terrorism as an instrument of policy, the back channel on Kashmir can be resumed. The understanding between Pervez Musharraf and Manmohan Singh can then become the basis of a real win-win solution in Kashmir. Fortunately, Obama is a pragmatic realist, and has little time for either the Adlais or the Robins of the Democratic party.

Posted by Amitabh Mattoo at 9:20 AM