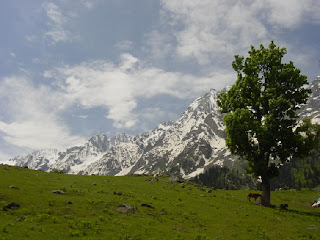 THERE IS an overwhelming consensus in this country that the real test of Pakistan's President, Pervez Musharraf's intentions and sincerity lies not in the power of the address that he recently delivered, but in the resoluteness with which he undertakes to execute the policies that he so deftly articulated in the speech. It remains to be seen whether Gen. Musharraf is really as attached to the ideas and policies of Kemal Ataturk as he claims to be, and if he truly has the capacity to deliver his country from the mess brought about by his predecessors. India has to carefully watch and decide whether Gen. Musharraf continues to be the erstwhile commando, driven by expediency and tactics, or is he — in his new avatar — a Mikhail Gorbachev-like leader who, even while being a product of the established order, has realised that the system is so rotten that unless he radically changes policies, internally and externally, his country will slowly slip into nothingness. In the interim, therefore, New Delhi will have to sustain the diplomatic and military ante to ensure that Islamabad is in no doubt that words alone cannot assuage the anger and frustration that the people of India have experienced in recent years at Pakistan's obdurate behaviour, and which was accentuated by the violation of one of the country's most sacred institutions on December 13.

However, even while the wait-and-watch phase continues, the time may have come to fashion a concrete plan for peace in Jammu and Kashmir. India has demonstrated its steely resolve, but the occasion may, hopefully, not be too far off to reveal the moral fibre of the Republic. Although the success of any peace project in the State will be dependent on the ending of violence, or at least its significant reduction in the Valley and beyond, many of the principal elements can, I feel, be put in place unilaterally and must be undertaken as early as is possible. While such a programme of action would have to be necessarily executed in different parts, three in the case of the plan outlined below, the total blueprint should be made available for discussion and dissemination even before any action is taken. Moreover, the different parts of the unilateral peace process could be initiated in parallel.

Part one of the peace plan would demand unilateral gestures of goodwill by the Government and the people of the rest of India towards the people of Jammu and Kashmir. There is recognition throughout the country of the deep suffering the Kashmiris have endured over the last 12 years, and this latent reservoir of empathy needs to be tapped. The time has come for the nation to reach out to the Kashmiris. If and when the violence comes down, and there is sufficient proof that Pakistan has indeed closed down the terrorist camps and stopped infiltration, the most important gestures will be to significantly reduce the presence of the Army, the paramilitary and other security forces. The maintenance of law and order must again become the responsibility of the local police, and all special operation agencies and vigilante groups, wherever they exist, must be disbanded.

In addition, the biggest private sector companies must be encouraged to invest in the State and extraordinary incentives must be provided to ensure that this happens. Equally, large corporations should be persuaded to employ men and women from the State, and — if necessary — reserve a quota of jobs for youth from the region. Further, a central task force must be set up, with the explicit purpose of strengthening the State's infrastructure, particularly in the areas of power, roads, education and health, and a special fund created to ensure that there is an efficient and time-bound execution of the projects that are taken up.

Similarly, a special relief, rehabilitation and reconciliation commission needs to be formed, which includes leaders from various communities and social groups, to set into motion the process of rebuilding civil society, providing support to those traumatised over the last decade, and repairing inter-communal relations. Civil society groups, including cultural organisations, from the rest of India have begun to make their presence felt in the State, but so far it is simply not enough. The verve, vitality and commitment of India's powerful non-governmental sector must find expression in Jammu and Kashmir, and there is a need for engagement in practically every area, from environment to education, from theatre to traditional crafts.

Part two of the peace plan is probably the most vital as this would involve ensuring that Kashmiris secure peace with dignity. Elections to the Assembly, which will be held within the next nine months, offer a historic opportunity to restore the faith of the ordinary Kashmiri in Indian democracy, justice and fair play, and to demonstrate to the world New Delhi's capacity for conflict management and problem solving. Clearly, if the elections have to count for something, they must be credible and inclusive and ensuring that this happens forms the backbone of the programme for peace. Credibility should not be difficult to achieve. The Election Commission of India, together with a group of eminent persons from the country who are requested to observe the elections, can ensure that there are no malpractices and that all charges of foul play are promptly investigated.

Ensuring popular participation, especially from those alienated by the past record, is much more difficult. But this may be possible, if a unilateral promise is given, without prior negotiations (which have proved to be so frustrating) with Kashmiri leaders, that post-elections the quantum of autonomy necessary to fulfil Kashmiri aspirations will be negotiated with the elected representatives within a definite period of time and the agreement arrived at will be guaranteed for the future. It will then become the responsibility of all the Kashmiris who are so desperately seeking peace to ensure that there is popular participation. Simultaneously, a nationwide information campaign on Centre-State relations and decentralisation must be initiated to ensure that there is a widespread realisation that autonomy, in essence, is about empowering people, making people feel that they belong, and about increasing the accountability of public institutions and services. Separatism grows when people feel disconnected from the structures of power and the process of policy formulation; in contrast, devolution ensures popular participation in the polity.

Finally, part three of the plan for peace would include a signal to Pakistan that there would be a sustained dialogue on Kashmir if Islamabad not only rejects violence, as an instrument in its totality, but also commits itself not to attempt subverting the first two parts of the plan. No less important, the dialogue on Kashmir must be embedded in a larger programme of peace and cooperation. It should now be obvious to the political leadership of Pakistan that the conflict over Kashmir is only a symptom of deeper differences, rooted in the manner in which the two nation-states were differently conceived and have grown over the last 50-odd years. Thus, even as Pakistan reconstructs itself, as hopefully a modern and liberal nation-state, unprecedented economic and political cooperation and eventually soft borders on all sides must complement the dialogue on Kashmir. In January 2001, the Prime Minister, Atal Behari Vajpayee, declared in his "musings" from Kumarakom: "In our search for a lasting solution to the Kashmir problem, both in its external and internal dimensions, we shall not traverse solely on the beaten track of the past. Rather, we shall be bold and innovative designers of a future architecture of peace and prosperity for the entire South Asian region. In this search, the sole light that will guide us is our commitment to peace, justice and the vital interests of the nation." The time may shortly come to translate the promise of those words into reality.