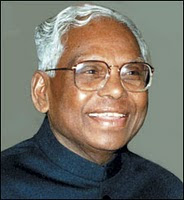 Indian President K R Naraynan's forthcoming visit to China may turn out to be more than purely ceremonial. But only if Narayanan, as an old China hand, does actually try and put Sino-Indian relations on a more rational footing, and seeks answers from Beijing, that the latter has evaded ever since Rajiv Gandhi fully normalised relations with the People's Republic in 1988.

Visits by Indian leaders to China have, in recent years, been often marred by controversies. The last Indian presidential visit was in 1992, when the Chinese almost disrupted President R Venkatraman's travels by conducting a nuclear test while he was there.

Earlier, Foreign Minister Atal Behari Vajpayee's visit in 1979 had to be cut short after China announced its invasion of Vietnam during the visit. Incidentally, it was President Narayanan who was ambassador to Beijing during the ill-fated Vajpayee visit.

Narayanan had been appointed ambassador to China in 1976, fourteen years after ambassadorial relations were withdrawn. While China has "officially" described these incidents as pure coincidences, we shall have to wait and see if similar accidents happen during the Narayanan visit.

In any case, it is time that Narayanan, with his newly acquired bluntness (on particular display during the recent banquet speech in honor of US President Clinton) decided to ask China some hard questions.

First, what is the state of Chinese nuclear cooperation with Pakistan? From the perspective of India, the most serious concern vis-�-vis China is about the help provided by Beijing to Pakistan's nuclear programme. The true extent of the Beijing-Islamabad nuclear collusion may never be revealed, but it is clear that Pakistan's nuclear weapons programme has relied enormously on China's help, and Chinese nuclear engineers too may have designed Islamabad's nuclear weapons. Nuclear cooperation of this kind is unprecedented in the history of international relations since 1945; indeed, not even the US and Britain shared such a relationship.

Why would China want to help Pakistan to become a nuclear weapon state? India's elite feels that Beijing has consistently regarded a nuclear-armed Pakistan as a crucial regional ally and as a vital counterweight to India's growing capabilities. Is this true? And is cooperation continuing despite the nuclear tests by Pakistan? Are the reports, that Pakistani nuclear scientists are still being trained in various academies in China, false?

Narayanan must also ask his hosts: What accounts for Chinese unwillingness to settle any of the bilateral irritants to which India attaches importance? Despite repeated promises, Beijing has still not recognised Arunachal Pradesh or Sikkim as a part of India. This, despite the number of Confidence Building Measures (CBMs) introduced , largely based on unilateral Indian concessions. And why has China continued to violate the letter and spirit of the bilateral CBMs in the last few years, especially but not only, in the Ladakh sector?

Third, should India not be concerned about Chinese inroads into Myanmar, including the reported construction of a Chinese naval facility on the Coco islands, which could be used to monitor missile launches by India? Why is Beijing, in any case, seeking to establish such a large military presence in Myanmar?

Fourth, what really is the story behind the departure of the 14-year-old Ugyen Thinley Dorje, the 17th Karmapa of the Kagyupa sect of Tibetan Buddhism - from his monastery in Tsurphu near Lhasa in Tibet to the capital-in-exile of the Dalai Lama near Dharamsala in Himachal Pradesh? Is it part of a Chinese plot to subvert the Tibetan movement in India? Or is it one more proof of the scale of Chinese atrocities in the region? And what does China really expect New Delhi to do with the Tibetans?

Fifth, is it not a fact that China has deployed nuclear missiles in Tibet that clearly have one target: India. Admittedly, Chinese inter-continental ballistic missiles elsewhere could also target India, but the potential political and psychological impact of these missiles - literally a few miles from India's border - during a future conflict cannot be underestimated. If China sees India as neither a rival nor an enemy, where is the need to deploy these missiles?

Sixth, why is China the only nuclear-weapon-state that continues to adopt a hard line toward India's nuclear policy? While the other nuclear states have, more or less, come to terms with India's new nuclear status, following the nuclear tests of 1998, why is it that Beijing alone keeps on harping on UN Security Resolutions? Indeed, why is it that the seniormost Chinese official, dealing with nuclear-related issues, Ambassador Sha, takes such a belligerent stand against India in international forums?

Seven, what is the Chinese stand on terrorism, especially the kind inspired by Islamic militants? Is China not facing problems related to Islamic terrorism in its northern province of Xinjiang, and which seems to have been rooted in Pakistan? If so, why is it that Chinese officials are not willing to condemn this terrorism on Indian soil? And why is it that while India spearheads the moves to prevent the adoption of resolutions, in the UN Commission on Human Rights, that condemn Chinese human rights record, Beijing is unwilling to adopt a clearer stand on Kashmir?

Eight, what is the Chinese view of multi-polarity, and what place does India occupy in Chinese cosmology? Does China see India as a partner in a united quest for a more equitable multi-polar international system? Or does it view New Delhi as a rival for influence in Asia? If the former is the case, why is Beijing not willing to openly and forthrightly support India's bid for membership of the UN Security Council? Has it so easily forgotten how India, sometimes totally alone, fought for Beijing's membership of the Security Council?

If President Narayanan were to ask these questions, and hopefully get some reasonable answers, he will do a greater service to Sino-Indian relations than can be performed by the number of toasts that will most surely be raised during his visit to the 'inscrutable' land.

Posted by Amitabh Mattoo at 3:55 AM