The man who dines alone 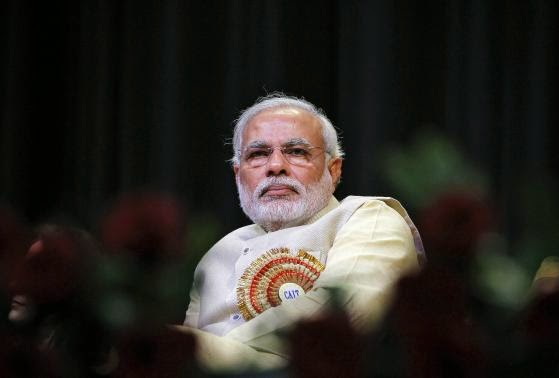 Love him or loathe him, there is no denying that only Narendra Modi can claim credit for the landslide victory of the Bharatiya Janata Party in India’s just-concluded 16th General Election.
The BJP fought the election on the basis of just one issue: the personality and track record of Modi. Modi spoke at nearly 400 public rallies during the campaign, and at each rally he was treated – as the journalist Swapan Dasgupta put it – like a rock star. A decisive, clear-thinking leader, Modi had a simple message: the magic of the Gujarat model of development (a state he has ruled for more than a decade) and how it can be replicated in the rest of India.
He communicated this forcefully to an impatient young India (600 million people under the age of 25) angry with the establishment and the ruling Congress Party for letting them down, and looking for hope. In contrast, the much younger heir apparent of the Congress, Rahul Gandhi, seemed disconnected, elusive and unable to defend his government, which seemed – at least in the last five years - directionless and massively corrupt.
There was, in reality, no contest. You could have predicted this election many months ago, when you saw every captain of Indian industry pay their obeisance to Modi at the Vibrant Gujarat summit in January last year, and when you saw rage in the eyes of the young and the helplessness at the massive movement against corruption in 2011.
But Modi is a classic Manichean figure. He invites awe, admiration and devotion amongst his followers; and deep fear and even hatred amongst his detractors. While Modi seems to have united, in this election, more than 80 percent of Hindus (85 percent of the population of India) across caste, linguistic and regional divisions, there are few amongst the Muslims (13 percent of the population; about 140 million) who trust him.
As chief Minister of Gujarat or as a prime ministerial candidate he could afford to ignore the minorities. No longer so as the Prime Minister of India. One of his first tasks will be to reassure the minorities that they can be safe, secure and successful in Modi’s India. The best way to do this is by focusing on the agenda for economic growth and good governance (and the opening up of new opportunities for young people) that has made Gujarat the envy of other states. Modi must pay a little heed to many within and outside his party who may want him to advance potentially divisive social and political issues.
Narendra Modi famously likes to dine alone. If as Prime Minister of India he learns to break bread even with his detractors, and delivers on the faith that young India has reposed in him, he will ensure that his party will stay in power even beyond this election.

(Source: The Conversation)
Posted by Amitabh Mattoo at 6:54 PM