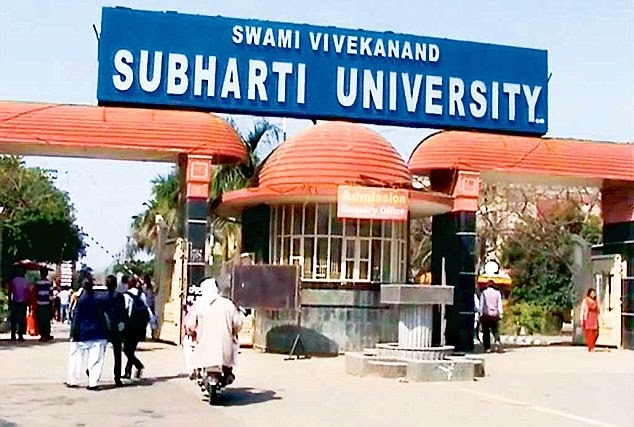 When, in June 1977, then Prime Minister Morarji Desai visited Srinagar on the eve of the elections for the Jammu and Kashmir legislative assembly, he was greeted; it is said, by women singing a traditional Kashmiri anthem, the wanwun. “Desai was the prince”, they sang, “Who had arrived from Pakistan (Pakistanuk shahzad aww)”. Unruffled by this unexpected tribute, Desai quickly became a hero for the Kashmiris as he promised and delivered the only fair election in Kashmir’s history till then, even as his Janata Party aligned itself with the pro-Pakistan Awami Action Committee of Maulvi Farooq. For Desai, winning the trust of Kashmiris was critical to India’s strategic objectives; if that happened, Pakistan would remain for most Kashmiris no more than a slogan or a song. It is worth recalling this probably apocryphal anecdote to illustrate not just how the challenge before every prime minister  of India since 1947 has been to make the Muslims of Kashmir believe in and perhaps even celebrate the idea of India, but also the complex and ambivalent relationship that the people of Kashmir have had with Pakistan.

The ugly treatment meted out recently by the authorities of a Meerut university and the police to a group of Kashmiri students, who were said to be cheering for the Pakistan cricket team during the Asia Cup match against India, has just added to the disconnect between the Valley and the rest of India. It is precisely such events that demonstrate how that complex and ambivalent relationship manifests itself too often as a lack of understanding of the uniqueness of Kashmir and of the Kashmiri identity.

It is easy to forget that unlike most other parts of India, Kashmiris consciously chose India over Pakistan in 1947. If it had not been for the vacillations of Maharaja Hari Singh, there would have been no Kashmir dispute. The then most popular Kashmiri leader, Sheikh Abdullah, believed in the ideals of India’s freedom movement and was convinced that the Kashmiri identity would be more secure in Mahatma Gandhi’s India than in Jinnah’s Pakistan. In turn, a Muslim majority state that voluntarily acceded to India in 1947 lent tremendous strength to the construction of India as a vibrant, pluralistic state.

And yet, Pakistan has loomed large in the Kashmiri imagination and continues to do so for a variety of reasons. In his masterly study, Weapons of the Weak, James C. Scott emphasises the importance of subtle everyday acts of resistance as an instrument of protest. Cultural resistance and non-conformation is often an articulation of the collective anger of a traumatised people. In this case, pro-Pakistan sentiment is simply a symbol of anger against India. Pakistan is the choice that Kashmiris did not exercise, but each time India makes yet another mistake, Sheikh Abdullah’s decision is called into question. Pakistan is the “alternative” Kashmiris have to prevent India from taking them for granted. In failing to understand this paradox, the authorities of Swami Vivekanand Subharti University in Meerut (led — not surprisingly — by a chancellor who is a retired IAS officer, a pro-chancellor who is a retired general, and a vice chancellor who is a retired police officer) have failed India.

Remember when the disconnect with India intensifies, Kashmiris are ready to support just about anyone else — not just Pakistan. On October 13, 1983, at the first one-day international between India and the West Indies in Srinagar, Kashmiris booed the Indians and cheered for the West Indians to the point that the visiting captain, Clive Lloyd, said  he could never expect such a reception even in his hometown, Guyana. Twelve Kashmiris were arrested for digging up parts of the pitch that day and were acquitted only 28 years later for “lack of evidence”. Many spent several months in jail, and later formed the backbone of the militancy. One of them, Showkat Bakshi, became a top commander of the Jammu and Kashmir Liberation Front. He later told a newspaper: “I was a kid then, and we were simply protesting against holding the match here. I was arrested and put behind bars for four months initially and booked for waging war against the country. For the next six years, I was continuously harassed — so much so that I picked up the gun.”

A whole generation of Kashmiris has been born and has grown up during the worst years of violent conflict. They have viewed India through the traumas of militancy and the lack of any form of governance. Two years ago, more than a 100 young Kashmiris were killed during largely peaceful protests. But there is a change. More and more Kashmiris are now realising that there is an India beyond bunkers, security forces and corrupt and corrupted politicians. It is the vibrant India of entrepreneurs, professionals, civil society activists and the robust and free media, among others. The authorities at the Meerut university have unfortunately deeply damaged the Kashmiris discovery of this India, hopefully not beyond repair. The first substantive political engagement of the new prime minister should thus be to reach out to the people of Kashmir, particularly if the BJP were to be elected to power, given apprehensions about the party in the Valley. And in doing so, the BJP will merely be strengthening the legacy of Atal Bihari Vajpayee, who, on his first visit to the Valley, had recited lines from the Kashmiri poet Mahjoor: “Wala ho baghawano, nav baharuk shaan paida kar, pholan gul gath karan bulbul, timay saman paida kar (let us celebrate the arrival of a new spring, let the flowers bloom, and the birds sing in this paradise)”. Not surprisingly, he remains — apart from Desai — the most popular Indian prime minister in Kashmir.

Posted by Amitabh Mattoo at 4:53 PM