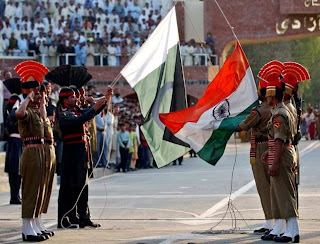 As co-chairs of the Chaophraya Dialogue between opinion makers from India and Pakistan, we are encouraged by reports of resumption of the official dialogue between Islamabad and New Delhi, and of a possible meeting between the two Prime Ministers on the sidelines of the U.N. General Assembly this September.
We believe, however, that it is also time for important gestures by the political leadership of the two countries to inject fresh momentum into the fragile peace process. An early visit to Pakistan by the Indian Prime Minister, Manmohan Singh, would be one such gesture. While such a visit should not be burdened with the expectation of a grand strategic bargain at this point, as many summits tend to be, it should signal the need for genuine reconciliation. Dr. Singh’s visit to Islamabad should then be followed by a summit between the two heads of government meeting in New Delhi.
Both visits can be preceded or followed by a meeting in Islamabad of the Indian External Affairs Minister with his Pakistani counterpart. This would provide space for confidence-building between the two countries and allow them to frame a working agenda for ongoing talks on a calendar of unresolved and upcoming issues. There is a small window of opportunity in bilateral relations — the leadership of the two countries must seize this opening.
The power of democracy
India prides itself as the world’s largest democracy, while the people of Pakistan recently affirmed their thumping support for democracy in the face of terrorist threats. An elected government has handed over power to a new one in Islamabad after a national election. A resumption of official visits at this historic moment would signal the triumph of democracy in the region.
Unlike in the past, there is consensus among most major political parties in Pakistan on the need for improving relations with India. The outgoing federal government in Islamabad which leads the parliamentary opposition today, the Pakistan People’s Party (PPP), is a strong proponent for talks. This gives Prime Minister Nawaz Sharif opportune space to consult other political parties (including the PPP, the Pakistan Tehreek-e-Insaf, the Awami National Party and the Muttahida Qaumi Movement) to forge a national consensus on the need for reconciliation with India, and the leadership of key parties in settling on a viable timeline of confidence building measures. To build support for an ongoing dialogue that pivots to peace, Dr. Singh must also lead an all-party leaders’ delegation to Pakistan. The principal opposition party in India, the Bharatiya Janata Party (BJP), will likely not oppose such a move. Some of the boldest initiatives towards building peace in the region were supported by Atal Bihari Vajpayee during his term as leader of the previous BJP-led coalition government.
Checking a drift
Indian concerns about the lack of progress regarding the trial in Pakistan of the perpetrators of the 26/11 terrorist attacks in Mumbai mirror worries in Pakistan over the lack of progress over several bilateral issues. Many issues seemed to have been agreed upon, yet have defied closure. Clearly, the current strategic stalemate has gone past its function of calming down post-crisis turbulence; instead, it has begun to reinforce a dangerous drift away from the will and momentum needed for peace.
The view that these issues should not stand in the way of sustained dialogue is widely shared among Track II interlocutors between India and Pakistan. In fact, last month, at the 12th round of the Chaophraya Dialogue which brought together parliamentarians, former government officials, generals, diplomats, academia and journalists from both our countries, the joint view was to press for moving away from the “pause” button and look for a new normal.
Moving forward
The menu for action forward on a reset does not need any reinvention. The recommendations from this round of the dialogue included the need to resume the back-channel dialogue on Kashmir; active, not pro forma, revival of the ministerial level India-Pakistan joint commission created in 1983, which should become a mandated official space for old and new problems to be cleared, such as visa, travel and communication, and the need for periodic dialogue between the two ministries of defence.
Leaps of faith have played a great role in building peace throughout history. Conservative and risk-averse bureaucracies have, however, systematically and deliberately underplayed the importance of such exchanges. After nearly 66 years of bilateral conflict, the resumption of dialogue at multiple levels, from the top to the joint secretary level, could have a tremendous impact on a region bracing for multiple transitions.
Islamabad has signalled more than once its interest in taking visits and negotiations forward. New Delhi has reciprocated but stopped short. It is time Dr. Singh moved away from the Cold War straitjacket India-Pakistan relations have fallen into, and infused a new sense of hope to the people of the subcontinent.
Survey
For real reconciliation between the people of both countries, gestures are critically important. Indeed, contrary to orthodox wisdom in India, unilateral overtures towards Pakistan need not be a political liability. The recent India Poll conducted jointly by the Australia India Institute and the Lowy Institute for International Policy revealed that while an overwhelming majority of Indians identify Pakistan as a threat, nearly 90 per cent agree that ordinary people in both countries want peace, and a similar number believe that a real improvement in relations requires courageous leadership in both countries. More important, nearly 80 per cent felt India should take the initiative in seeking peace with Pakistan.
The findings suggested that if Dr. Singh were to visit Pakistan and take the lead on a dialogue, he would have popular support at home.
We believe that the time has come for the political class in both countries to make important choices that will spur peace for both India and Pakistan.
- Co-authored with Sherry Rehman
(Source: The Hindu)

Posted by Amitabh Mattoo at 5:56 PM