Time to invest in Indian partnership 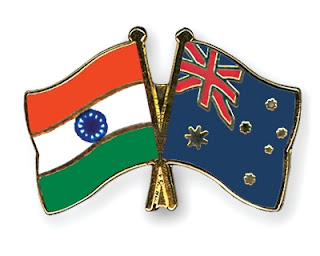 THE decision by the Prime Minister of India, Manmohan Singh, not to attend the Commonwealth Heads of Government Meeting at Perth in October has caused considerable disappointment in Canberra.

The absence of the head of the world's largest democracy, and the Commonwealth's largest member, will take the sheen off the forum and postpone an Indian prime ministerial visit to Australia after more than two decades into the uncertain future.

Commentators have been quick to identify the Labor government's decision not to supply uranium to India as influencing Singh's travel plans. The reality is more complex. Despite a growing convergence of values and interests, and the efforts of our two very competent high commissioners, there is still little real conversation between key players in Australia and their counterparts in India. New Delhi and Canberra may know each other, but they still do not have a nuanced understanding of each other. Thus in the absence of a sustained engagement at many levels, even a single issue can derail bilateral ties. This needs to change if the two countries are to work with each other and in the interests of the region.

Take the case of India. At the official level, there are no more than one or two officers in the severely shortstaffed Ministry of External Affairs who pay attention to Australia, and rarely for more than a couple of hours a week. It requires great persistence for Australian officials and diplomats to secure high-level attention from India.This lack of real communication even at the government-to-government level undermines the political relationship.

A recent private poll of the political and civil service elite in India suggests that while Australia may be a preferred tourist destination, and continues to rank quite highly for the quality of its tertiary education, there are few who would rank Canberra high in terms of political or strategic salience even among the countries of the Asia-Pacific region.

And, unfortunately, the Cold War divide, Canberra's strident response to India's nuclear tests, and the uranium decision still seem to drive the Indian elite's "limited" understanding of Australia and its potential as an ally.

While the problems are different in Australia, they are equally debilitating for the relationship. On the one hand, there is undoubtedly a collective desire to see improved relations with India; Canberra even had plans to accord Singh the rare honour of addressing both houses of parliament were he to visit the capital after CHOGM.

On the other hand, Australia is excessively cautious of not offending China as it builds a relationship with India. Australia's recent decision to disconnect from the quadrilateral dialogue with India, Japan and the US to assuage Beijing's nervousness was arguably shortsighted.

Moreover, the Australian understanding of India, with all its complexities, is severely limited. Until about three decades ago, Australia could claim to be one of the principal centres in the world for the study of India, in various disciplines, and some of the most exciting work on India came from Australian universities. No longer so. The study of India today is in deep decline and little effort is being made to revive departments that once flourished.

The reality today is that Australia and India have more in common than perhaps at any time in the past, and there is also a greater need and urgency to work together. The economic relationship is booming and will continue to remain robust. Strategically, both countries need to work to develop stable and co-operative security architecture for the Asia-Pacific region. Not against Beijing, but with it, to ensure that the peaceful rise of great powers remains peaceful. What is missing is a strategic breakthrough.

There is no doubt that a decision by Canberra to sell uranium would symbolically convey to India Australian willingness to really invest in the relationship. This could be the building block of a new phase in bilateral ties. More importantly, there needs to be much greater engagement between the political and intellectual elites of the two countries. While a new forum for business leaders has been announced, there needs to be a platform for political leaders and opinion-makers from both sides. The Australia-India relationship is an idea whose time has come; it would be a tragedy if the leadership of the two countries prevents this idea from coming to fruition.