The need of the hour is cooperation 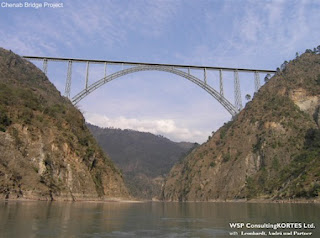 Water is likely to be the most divisive issue between and in the future. Or water could, with the right imagination and political will, become the basis for enduring bilateral cooperation. Addressing a gathering at a mosque in the Chowburji area of Lahore in April, the head of the Jamaat-ul-Dawa (and founder of the LET), Hafiz Muhammad Saeed claimed the next war between India and Pakistan could be fought over water if India does not stop “water terrorism” by building tunnels and dams to turn Pakistan into a desert. Saeed’s hysterical claims aside, at almost every official engagement with in recent months, has raised the issue of water, most recently in Thimpu at the SAARC summit. Water, as we know, has been a source of conflict, violence and war through much of global history. The irony is that despite the many wars that and have fought over a variety of issues, water is the one area where the two countries had found accommodation through the Indus Water Treaty of 1960. The challenge for the two governments is to, therefore, now ensure that cooperation in this respect is not derailed because of misperceptions and misinterpretations. Rebuilding trust over the sharing of the waters could even become the precursor for generating trust in other areas of conflict.
In fact, traditionally the ‘water wars rationale’ forecasts war between countries “dependent upon a shared water resource if there is water scarcity, competitive use and the countries are enemies due to a wider conflict”. and were, by this logic, prime candidates to go to war. What then explains the successful negotiations that translated into the Indus Water Treaty of 1960? As academic Undala Z Alam (who was given unique access to the World Bank’s archives) argues: and cooperated because it was “water rational”. “Cooperation was needed to safe guard the countries’

What explains this new shrill campaign? Firstly, is facing the most severe water crisis in its history as a nation state. Secondly, in the new Pakistani discourse inspired by military thinking, ’s hypothetical plans to construct dams, despite being within the ambit of the treaty, could potentially create the capability to choke water flow to . Here, intentions are not a factor, but just the capability that may possess in the future.

Thirdly, one episode over the filling of the Baglihar water reservoir by and the alleged “delayed” release of water has been cited as an example of ’s malafide intentions. There are also Pakistani concerns about the Kishanganga project.
In any case, none of these issues demands hysteria, but constructive engagement and a dialogue within the ambit of the Permanent Commission or outside it through a bilateral dialogue. What is also clear is that while the Indus Water Treaty is still a vital document, it may be important to think of ways of harnessing the waters of the basin jointly for more optimal use of the resources, given new technology, better practices, greater scarcity, and lessons learnt from the past. These could be included though an additional protocol to the treaty. In fact Article VII of the Treaty on “Future Cooperation” leaves open the possibility of newer avenues of cooperation without needing to renegotiate or abandon the Treaty. Water is a common, increasingly scarce, resource which needs to be shared for the mutual benefit. We have given the world an example in the form of Indus Water Treaty; the time is ripe to build on this cooperation.

Posted by Amitabh Mattoo at 8:07 PM